Harry Maguire’s legal team have asked a Greek court to postpone his trial over an alleged altercation with a police officer – claiming they haven’t had enough time to prepare.

The Manchester United footballer’s lawyer, Alexis Anagnostakis, said the list of charges was finalised just yesterday, so he only received a hard copy of the file this morning – two hours before the trial.

He didn’t even have the time to discuss the charges in depth with his client, he said.

Maguire is not in attendance and has already pleaded not guilty to charges of aggravated assault and attempted bribery of an official.

The England defender spent two nights in custody last week after he was arrested during a holiday with family and friends on the Greek island of Mykonos.

The 27-year-old was arrested following an alleged brawl, along with two other Britons.

Police said there had been an altercation and an exchange of words with an officer who tried to break up the fight. 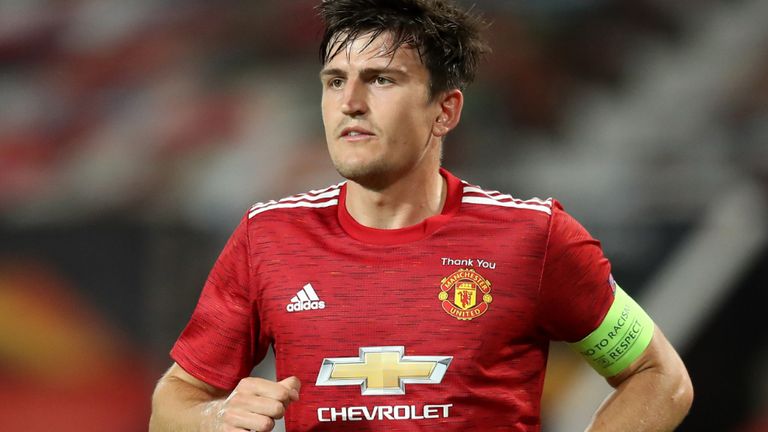 Along with the rest of United’s squad, he had been given two weeks off – ahead of the club’s next competitive fixture on 19 September, when they are due to open their 2020/21 Premier League campaign against Crystal Palace.

As coronavirus restrictions around the world made many holiday destinations impossible to visit, Premier League footballers headed to Mykonos for the clear waters, blue skies and all-day beach parties.

Maguire’s fiancee, Fern Hawkins, posted a picture of the pair in Mykonos on her Instagram page on Thursday night.

The couple have two baby daughters, the youngest of which was born in May, and were also joined on the holiday by his brothers and sister.

Leicester star Jamie Vardy, Liverpool’s Trent Alexander-Arnold and Tottenham’s Dele Alli are among the others who have spent their post-season holiday in Mykonos.

In the high-end shops and flashy bars they’re keen to protect the privacy of VIP guests.