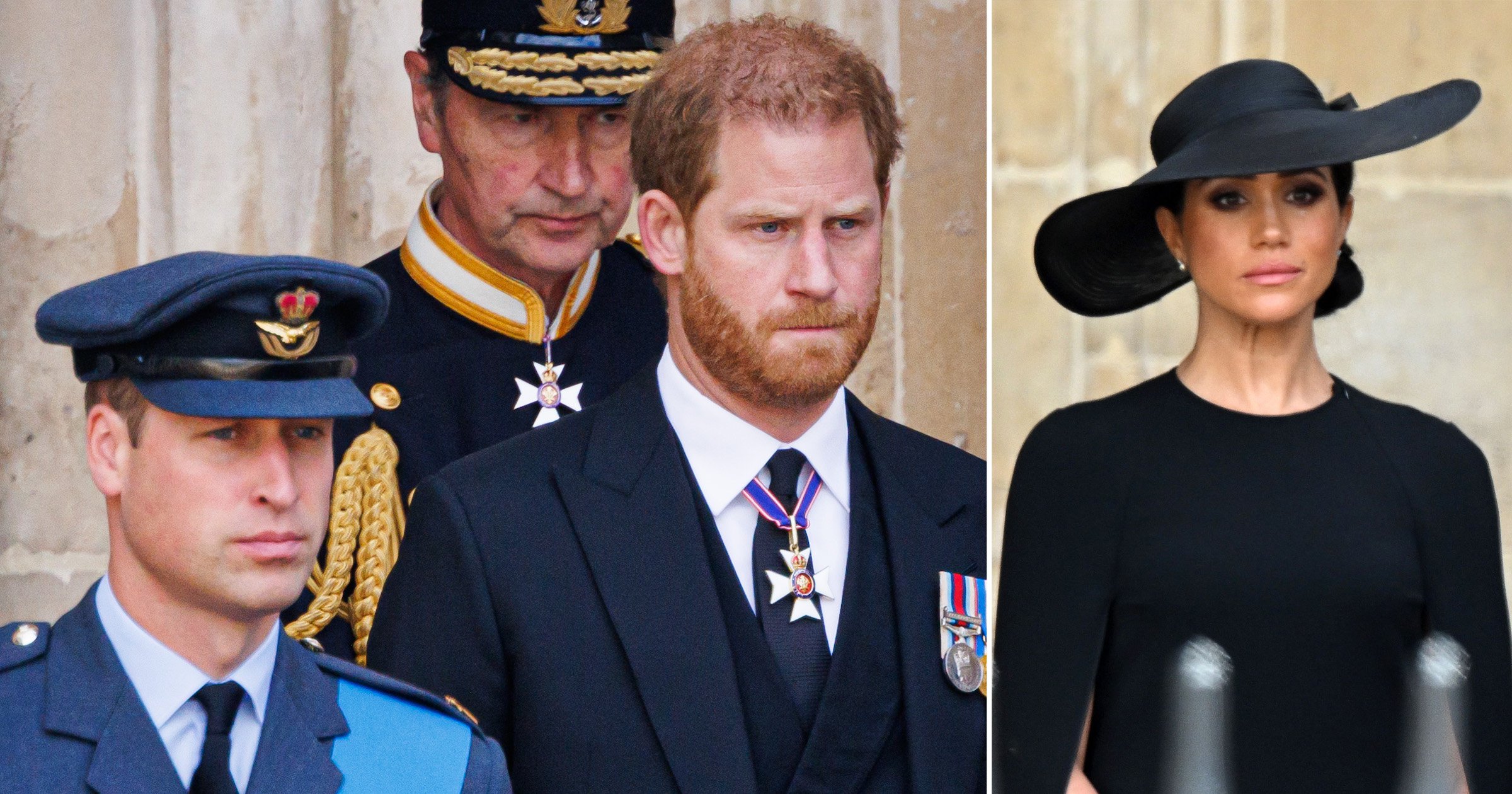 Prince Harry missed dinner with Prince William and King Charles on the night of the Queen’s death because the new King did not invite Meghan to Balmoral, according to a royal source.

Harry had insisted his wife Meghan should be there on the night but Charles reportedly phoned him to say it was ‘not appropriate’.

It meant Harry missed the flight with the other royals – including William, Edward, Andrew and Sophie.

Instead, he was told to make his own travel arrangements without Meghan and eventually landed at Aberdeen Airport at 6.35pm – five minutes after the public announcement of the Queen’s death.

After arriving at Balmoral 90 minutes later – Harry joined Edward, Sophie and Andrew for dinner, away from William, Charles and Camilla.

A source told The Sun: ‘Harry was so busy trying to get Meghan to Balmoral and rowing with his family that he missed the flight.

‘Charles has an open invitation for Harry to dine with him whenever he is in the country.

‘But Harry was so furious that he refused to eat with his father and brother.

‘It was a massive snub. And he got out of Balmoral at the earliest opportunity to catch the first commercial flight back to London.’

At 8am the next day, Harry was driven away from Balmoral for a 9.45am British Airways flight from Aberdeen.

He then joined Meghan at Frogmore Cottage, Windsor, to mourn the death of the Queen.

Prince Harry was allowed to wear a military uniform for a vigil with the Queen’s seven other grandchildren during the lying-in-state at Westminster Hall.

However, he and Prince Andrew wore morning suits on the day of her state funeral, as they resigned their honorary military titles.

Harry and Meghan flew home to California on Tuesday – the day after the Queen’s funeral.

Buckingham Palace and Archewell have been contacted for comment.