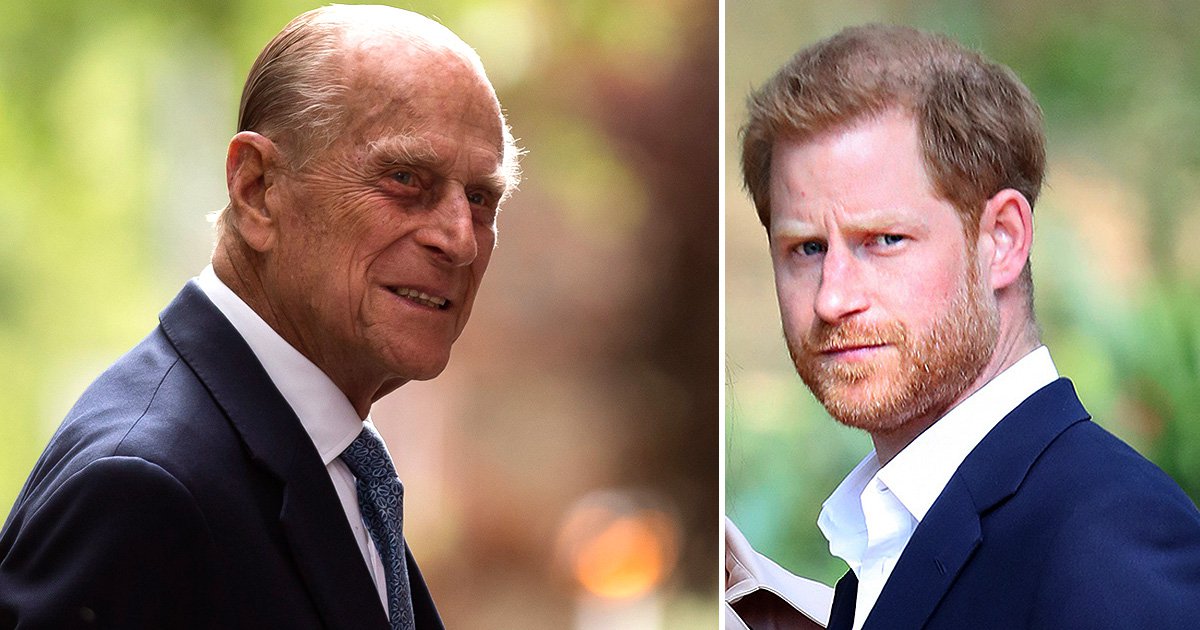 The Duke of Sussex was asleep when US Embassy officials tried to contact him at 3am LA time to tell him his grandad had died, TMZ reported.

Concerned he may wake up and instead find out through the media, the Embassy requested a police officer be sent to his house to tell him the sad news.

A cop then arrived at the gates of the home Prince Harry shares with Meghan Markle in Montecito, California, and urgently told him to call the Embassy back.

The Duke of Edinburgh died peacefully at the age of 99 on April 9 at Windsor Castle, which is eight time zones ahead of California.

It is understood the Royal Family wanted to inform the Prince of what had happened personally.

The Duke of Sussex returned to the UK for the funeral, which was his first visit since he and Meghan sensationally quit as senior members of the Firm.

It comes after it was revealed yesterday that Prince Harry is set to inherit a ‘tidy sum’ from the Duke of Edinburgh’s £30 million inheritance.

An insider said Harry will not be ‘punished’ despite recent tensions within the Royal Family over his exit.

The Queen is expected to receive the majority of the money, but other family members and three of Prince Philip’s aides are expected to benefit.

The Insider told Fabulous: ‘Unlike some other royals, Prince Philip will be generous to the three men who looked after him.

‘Philip was not the sort of character to punish a grandson [like Harry] for misbehaving.

‘He was a very fair, even-handed and lovely man. Never held a grudge.’

The Royal Family traditionally pass on their wealth within the family, and generally to those next in line.

Brexit POLL: Would you rather Boris Johnson secure a trade deal with the EU or US? VOTE