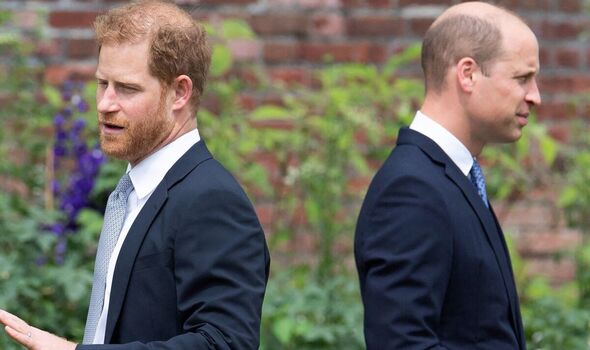 Prince Harry and Prince William’s relationship “hangs by a thread” ahead of the release of the Duke of Sussex’s tell-all memoir, it has been claimed. Insiders fear the strained bond between the once-close brothers is likely to be further damaged by attacks on the Prince of Wales and Kate in the book, titled Spare and out next week. A source told the Daily Mail: “Things are hanging by a thread as it is after the past few months, and from the sounds of it Harry’s memoir is unlikely to help.” Another insider told The Sun: “It will reveal Harry’s bitterness and feelings of unfairness that by the nature of hierarchy and birthright that he always played second fiddle to older William.”

Queen Margrethe has spoken out on the “difficulties” and “hurt” inside the Danish Royal Family after she stripped four of her grandchildren of their royal titles.

In September, the Danish monarch announced that the children of her youngest son, Prince Joachim, would no longer be able to use their prince or princess titles after January 1 2023, which has now come into effect.

Joachim previously said his children had been “hurt” by the decision, while Margrethe said she wanted to “future-proof” the monarchy by slimming it down but “underestimated” her family’s “strong reactions” to the move.

Harry and Meghan should be banned from coronation – poll

The majority of Britons think Prince Harry and Meghan Markle should be banned from the King’s coronation, a new poll suggests.

The survey by Techne exclusively for Express.co.uk found 76 percent of respondents say the Duke and Duchess of Sussex should not be allowed to attend the event at Westminster Abbey on May 6, which will see Charles crowned alongside Camilla in front of hundreds of guests.

Some 18 percent of respondents to the poll of 1,624 British adults carried out from December 21 to 22 said the Sussexes should be invited. Six percent did not know.