The Hatton Garden robbery captured the imagination of the public in 2015, when a gang of elderly men who became known as the “Diamond Wheezers” made off with so much gold and jewellery they needed wheelie bins to carry it all. ITV’s four-part “Hatton Garden”, starring beloved veteran actor Timothy Spall, began yesterday and unravels the fascinating crime story. Spall plays career criminal Terry Perkins, one of the ringleaders of the sensational heist.

However the mastermind who disabled the security system to let the gang into the Hatton Garden Safe Deposit building evaded capture for three years.

The man, known only by his nickname ‘Basil’, was disguised in a ginger wig, facemask and hat and left no forensic trace at the scene. 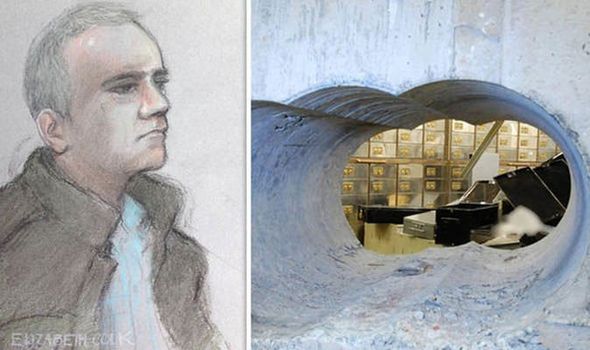 After a global manhunt, police identified Michael Seed in November 2015 but waited until March 2018 to arrest him, when they could capture him red-handed with more than 100,000 stolen items from the heist.

The raid on his home in Islington found £143,000 worth of gold ingots, gems and jewellery in Seed’s bedroom.

He was believed to have been melting down gold and breaking up jewellery from the stash on his bedroom workbench.

Seed was brought to justice in March 2019 after he was found guilty of conspiracy to burgle the Hatton Garden Safe Deposit Company. 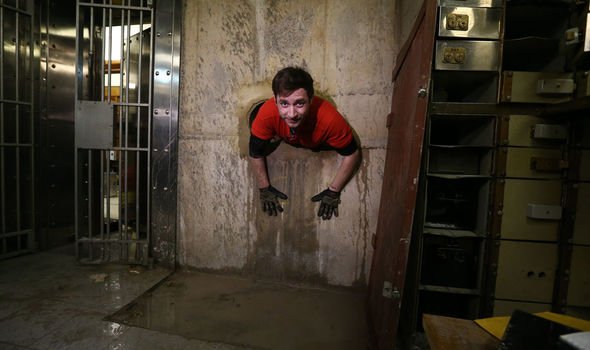 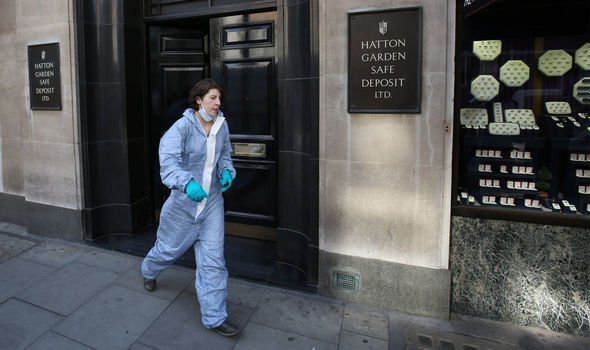 However, to secure a conviction prosecutors needed to prove in court that the man they had on CCTV from the Hatton Garden Raid was in fact Seed.

The heavily-disguised mystery figure was seen using a set of keys to let other gang members into the safe deposit building, and helping to take black bin liners full of loot away from the scene.

However, Seed claimed he could have been on a family holiday in Cornwall or visiting his elderly mother in Cambridge at the time of the  burglary, and said he had never been known as Basil.

With only the movement of an anonymous figure to go on, the crucial identification rested on Seed’s “unusual” manner of walking.

The chiropodist,with a doctorate in forensic podiatry analysis, told jurors the “unusual limp” offered strong support for the prosecution case that Seed was in fact the Basil figure.

The prosecution established that Seed had posed as a BT engineer to tamper with the security system before the burglary, then used a 2G mobile phone jammer to block the alarm signal.

He was one of the two men who climbed into the vault to loot 73 deposit boxes after the gang drilled through a thick concrete wall.

Detectives believe that the gang could have been operating undetected for decades before they were caught for the Hatton Garden heist, however they could not link them as a whole to any other burglaries.

However, Terry Perkins had already served 22 years for the 1983 Security Express robbery, when fifteen masked men armed with pistols and shotguns stole £6million.

Fellow gang-member Brian Reader meanwhile was involved in the Brink’s Mat gold heist, which  took place near Heathrow in 1983 , in which three tonnes of gold bullion was stolen.

After Michael Seed’s conviction, which led to a 10-year sentence, he said: “Everybody calls me Basil now. I’ll be known as Basil for the rest of my life.”