Home » Europe » ‘He doesn’t get it!’ Sadiq Khan shamed as he’s branded ‘delusional’ on London crime

The Labour politician has been Mayor of London since May 2016, and heads into the crunch elections next Thursday seeking a new four-year term that would take him through to 2025. Several elections, including for the Mayor of London, were due to take place in May 2020 but were postponed due to the Covid pandemic, meaning Mr Khan will have served a five-year term in office as opposed to the normal four. He is a heavy favourite to succeed in the elections on May 6 when he goes head-to-head with the likes of Conservative Party candidate Shaun Bailey and Sian Berry of the Green Party.

But his record with rising crime in London has continued to come under the spotlight during his five years as Mayor, and Mr Khan has now been attacked by Tory MP for Orpington, Gareth Bacon.

The Conservative minister posted a video on Twitter where he addressed Mr Khan on rising crime in the capital at what appears to be a London Assembly meeting.

Mr Bacon was leader of the Conservatives in the London Assembly from October 2015 until December 2019. The date of when the video was filmed is not revealed.

He tweeted alongside this, read: “Sadiq Khan is delusional – he thinks London is safer on his watch. He doesn’t get it. @ShaunBaileyUK does. 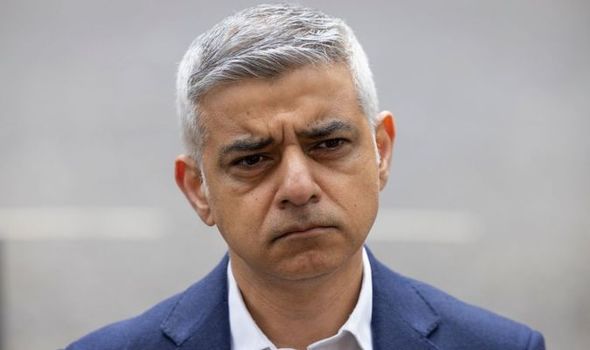 “On 6 May, #VoteConservative to make London safe.”

The video shows Mr Bacon grilling the Mayor on rising crime figures in London but clearly getting frustrated at his short and frank replies.

The footage appears to merge together a series of attacks from the Tory politician on the Labour Mayor during his time in the assembly. 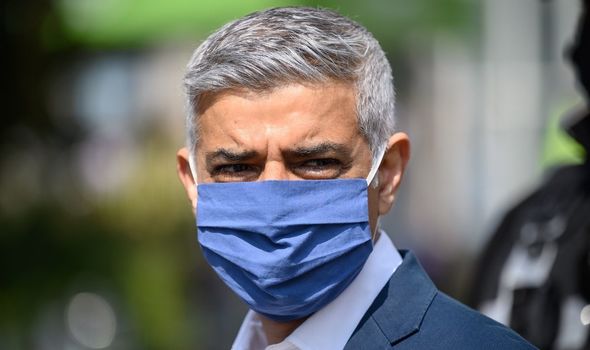 “And you think honestly London is more safe than when you took over as Mayor of London?”

A relaxed-looking Mr Khan simply replies: “I do.”

The former London Assembly member asks: “On the 2nd of June, you gave an interview to Niall Paterson at Sky News and he asked you ‘to what extent then is it a matter of personal regret to you that London is less safe than when you took the job?’

“And you responded ‘Oh it’s not less safe. That’s the first thing’.

“So I had a look a the Metropolitan Police’s statistics.

“In that light Mr Mayor, do you think stating London is not less safe than when you took over was an honest thing to say?”

The Mayor continues: “I am very happy to have a discussion about what the definition of robbery actually is.”

Tory MP Mr Bacon then continues: “So another statistic for you, which is a Met Police statistic.

“Do you think stating London is not less safe than when you took over was an honest thing to say?”

Mr Khan replies: “I think we are safe and I will give you one example where you can measure success in relation to the progress we are making to deal with terrorism.”

However, Mr Bacon hits back: “I’m not talking about terrorism.

“Again, do you think stating London is not less safe than when you took over was an honest thing to say?”

The Mayor simply replies: “I do”.

“And you think, honestly, London is more safe now than when you took over as Mayor of London?”

Mr Khan again replies: “I do,” before Mr Bacon turns around in disbelief and repeats: “That’s absolutely extraordinary.”

Mum believes son, 14, would still be alive if schools hadn't closed in lockdown