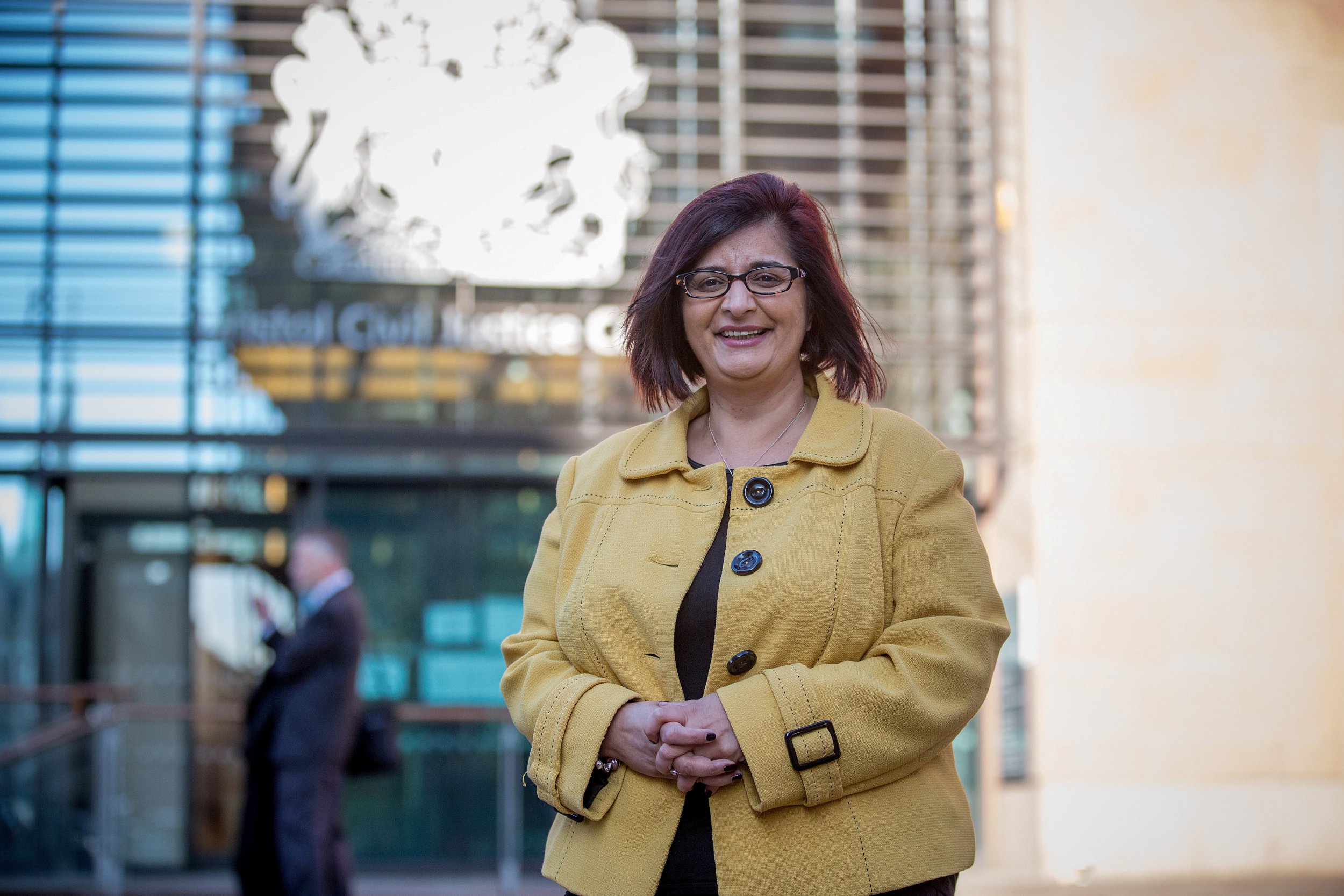 A school head who was rude to pregnant women and told teachers not to take sick days has been banned from the profession.

Mahzia ‘Pepe’ Hart, 53, received the Pride of Britain teacher of the year award in 2008 and the school won the Princess of Diana anti-bullying award during her time there.

But a disciplinary panel found evidence of ‘bullying, intimidating, mocking, mimicking and making inappropriate comments towards staff over a number of years’.

On one occasion, she told a co-worker to conceal her bump, ignore her morning sickness and keep her pregnancy a secret.

The woman, known as Colleague C, said she was told: ‘All this being tired will not wash with me, it needs to change, just because you’re pregnant.

‘I keep wondering if you got pregnant because you think teaching is too difficult.’

The head of Trinity Church of England primary school, in Radstock, Somerset, also openly made comments about teachers who took sick days.

The Teaching Regulation Authority (TRA) heard she said: ‘We do not have sickness at our school. Those who go sick don’t come back.

‘They are dud teachers. They don’t care about the children.’

She was also accused of mocking a member of staff’s weight, and reportedly told another pregnant colleague she could not attend antenatal checks during work hours.

Mrs Hart worked in her role from 2005 to 2015, before resigning following allegations against her.

At the time she claimed she had been the victim of a ‘vile’ social media campaign.

But the TRA found she bullied staff, with a report concluding her treatment of several teachers ‘had a significantly negative impact on them, which resulted in some teachers not wanting to stay in the profession’.

It added: ‘The conduct of Mrs Hart amounted to misconduct of a serious nature which fell significantly short of the standards expected of the profession.’

This is despite several parents of pupils at the school coming to the head teacher’s defence.

One parent told the hearing: ‘The standard of Trinity was higher than other schools. She gave uniform to children, no one was made to feel different. She was all for the children.

‘She showed respect by the way she spoke to others. Children learnt through fun.

‘I am here today because children have lost out. So many children will not get the benefit of Mrs Hart.’

Another parent said their son with epilepsy had struggled at his previous school, but thrived once Mrs Hart began working with him.

Mrs Hart was banned from teaching indefinitely. She will be able to able to apply for the prohibition order to be overturned in two years.

In a statement, Mrs Hart said she would appeal for the whole prohibition to be overturned in court.

She said: ‘Many of the allegations dated back 15 years. They have no bearing on the education and support I gave to pupils and families.”

‘Throughout my 25 years in education, I consistently had the very best intentions for children, parents, and staff alike.

‘I have dedicated myself to children. I believed education was about serving communities and bettering the lives of all pupils.

‘I worked hard to ensure that every child in my care, particularly those from deprived backgrounds, got the best from school and were treated with fairness.

‘This was undisputed, even by the TRA and their own witnesses.’