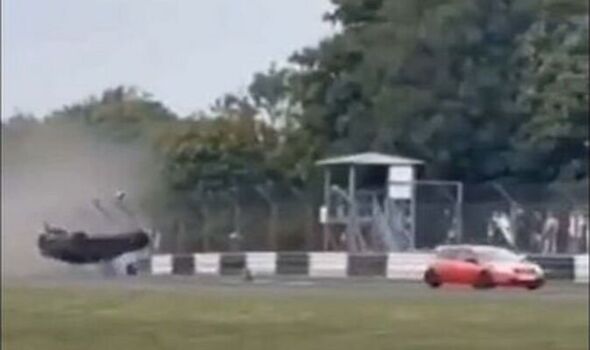 A female passenger in her 20s was  hospitalised following the horror crash at the Castle Combe racing circuit, near Chippenham on Saturday (September 3). The collision, which took place during the Forge Motorsport Action Day event, also left the driver with minor injuries.

Footage from the track session, shows the heart-stopping moment one of the performance cars swerved out of control before flipping over several times. leaving a trail of dust in its wake. A passenger is understood to be in a serious condition, reports Wiltshire Live.

A spokesperson for the circuit said today: “Our thoughts remain with those involved. We ask you to please continue respecting the privacy of the individuals and their families at this time.
“Castle Combe Circuit has, and always has had, rigid safety procedures in place before anyone carries out track time at the venue. This is the first time an incident of this kind has occurred during an Action Day event over the many years that they have been held.

“We will be holding a thorough debrief meeting and review in due course, with further updates being made accordingly.”

A Wiltshire Police spokesperson said: “We responded at around 12.45pm on Saturday (September 3) to an RTC involving a BMW on the Castle Combe racing circuit. The driver, a man in his 20s from Chepstow, Wales, suffered minor injuries.

“The passenger, a woman in her 20s from Blackwood, Wales, suffered serious injuries which are not believed to be life-threatening or life-changing.”

How Queen called crisis meeting with Andrew over Epstein YEARS ago