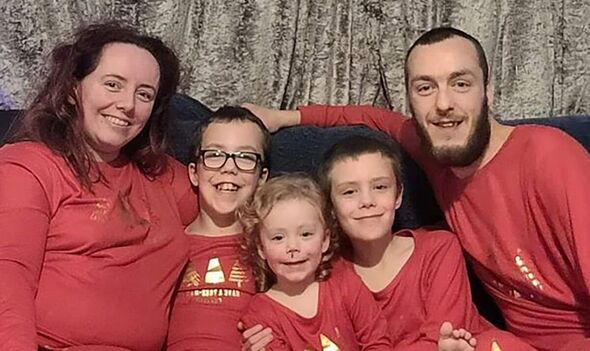 A father killed after being hit by a tram has been described as popular and “adored”.

Wesley Tierney, 29, died at the scene after the collision in Wythenshawe, Manchester, last Friday night. His death came just days before his son’s birthday.

Speaking to the Manchester Evening News, Wesley’s fiancée Kirsty said he was ‘adored’ by his three children Nico, 11, Cody, nine, and Quinn, two, and that she knew the pair would be “together forever” since the day they met.

She said: “What can I say about Wez? He was one of those people who would help anyone. He got on well with anyone who met him and I knew from the moment we met that we would be together forever.

“We were due to be married in the next couple of years and had a family holiday planned. Our eldest son’s birthday was on January 18. He should have been here celebrating with us.

“Anyone who knew Wez knew he was family-oriented. He has left behind three brilliant children who adore him, as well as brothers, sisters, mother, family, friends, colleagues and myself.

“The support we have been shown over this past week has been amazing. I want to thank everyone personally who has taken the time to send us their condolences and prayers. Also, for those who have raised funds towards his funeral costs.”

After Wesley’s death, Kirsty’s cousin Chelsea set up a GoFundMe page to help raise funds towards the unexpected funeral costs. Chelsea said the family was “devastated” and that the dad-of-three would be “missed and remembered by so many”.

Donations can be made here.

Emergency services rushed to the accident last week but, despite the best efforts of paramedics, Wesley was declared dead at the scene.

The driver of the tram remained at the scene to assist officers with their enquiries.