Photographs show the toddler trying to climb stairs, befriending a dog and falling asleep on Prince Charles’ shoulder. The Duke of Sussex, 35, now has a youngster of his own – Archie Harrison Mountbatten-Windsor – with his wife Meghan Markle. But the prince, who grew up in the public eye as the younger son of the Prince and Princess of Wales, cannot escape his own adorable baby pictures.

Uncovered from the Daily Mirror’s picture archive from 1986, the cheeky young Harry can be seen getting up to various antics.

These pictures show Harry, the toddler in the striped t-shirt, at nearly two years old on holiday in Palma, Majorca, with his parents Prince Charles and Princess Diana, and brother Prince William.

The royals were guests of King Juan Carlos and his wife Sophia and were pictured with them at the Marivent Palace, the summer residence of the Spanish royal family. 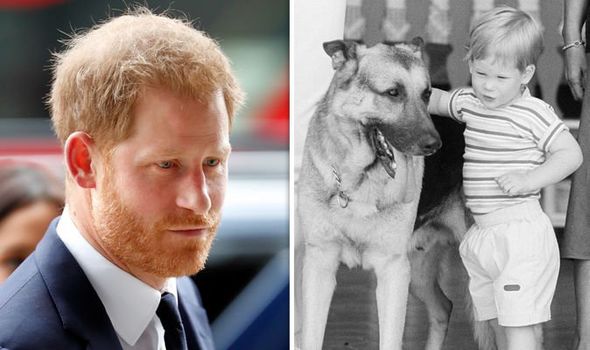 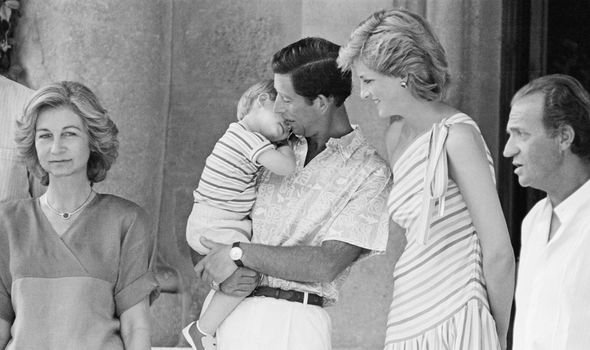 The next set of pictures show Harry in a coat on some stairs with Diana behind him.

These shots were taken the day before Harry turned two after he and his mother arrived at Heathrow Airport in the Queen’s Flight Andover aircraft.

The pair had flown from Aberdeen at the end of the family’s annual holiday at Balmoral Castle in Scotland, while William flew separately with his nanny Barbara Barnes.

A determined and inquisitive Harry can be seen trying to climb back up the stairs to the aeroplane. 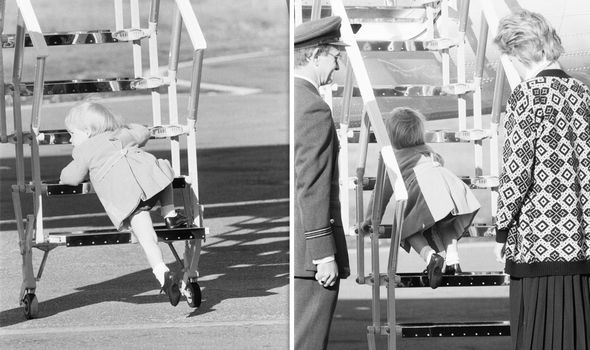 However, there is a heartbreaking reality behind these photos, which is that while Diana can be seen smiling and adoringly looking after her son, all was not well.

This is because 1986 is the year Prince Charles started having an affair with Camilla Parker Bowles.

The pictures at first appear to show a happy family but, as Charles later admitted, looks can be deceiving.

He claimed in a 1994 interview that he had tried to remain faithful to Diana until their relationship had “irretrievably broken down”, implying that this was the case by 1986. 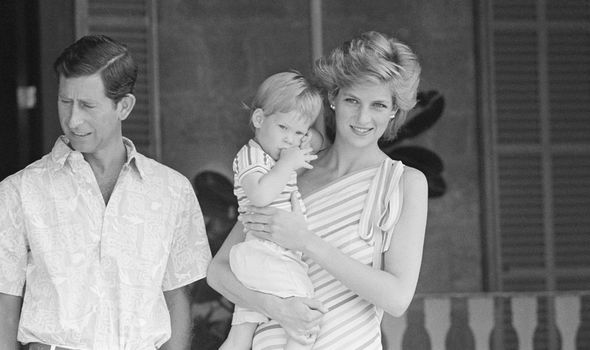 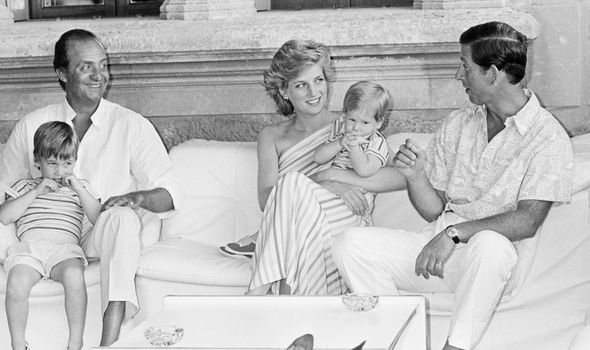 In her 2017 book ‘The Duchess’, Penny Junor described how Charles and Camilla rekindled their romance that year.

Close friends of Charles were worried about his mental health and so contacted Camilla to tell her that he was having a nervous breakdown – and she was the only one who could help.

Camilla was flattered, so called him to lift his spirits, at first not hoping for a renewal of their relationship.

However, after that first fateful phone call came more calls and, after a while, he started inviting her to Highgrove, although usually in the company of her husband or other friends. 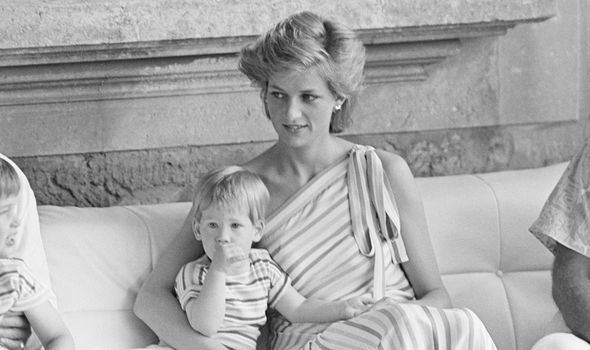 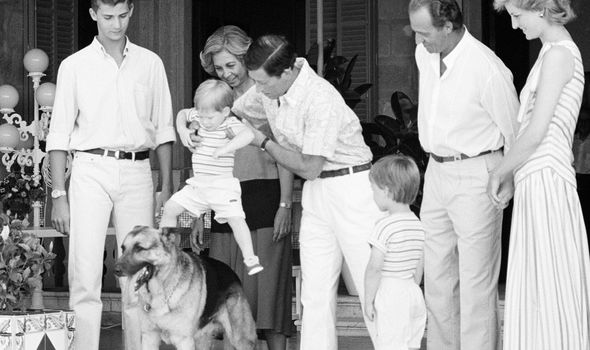 Diana was never there, as the pair could “hardly bear to be in the same house”.

Over time, Camilla turned from being a friend whose shoulder he could cry on to a powerful love affair.

Diana blamed this for the breakdown of her marriage with Charles, telling Martin Bashir in a 1995 interview with BBC Panorama that there were “three people in this marriage”.

The fact that all this was the backdrop to the adorable family photos brings another meaning to the fore.

It is particularly powerful to see Harry so young when his parents’ marriage started falling apart.