As the Queen’s coffin is transported on her final journey to lying in state, the riderless horse at the front of the procession has a poignant and heartbreaking meaning.

The Queen’s coffin has made its way to Westminster Hall from Buckingham Palace today on its final journey before lying in state. King Charles is leading the procession, and has also been joined by Prince Harry and Prince William on foot.

Other members of the Royal Family, such as the Queen Consort Camilla, Princess Kate and the Duchess of Sussex Meghan Markle are being driven.

A riderless horse – sometimes referred to as a lone charger can be seen towards the front of the procession. They are often seen during funerals, and have been used in the past to symbolise a fallen soldier.

Even in modern times, the tradition has been used to mark the deaths of fallen police officers or deceased athletes.

Many will see the use of a lone charger as fitting, especially given the Queen’s lifelong love for horses. On her fourth birthday, the young Princess Elizabeth was gifted her first pony – a Shetland mare – by her grandfather King George V. 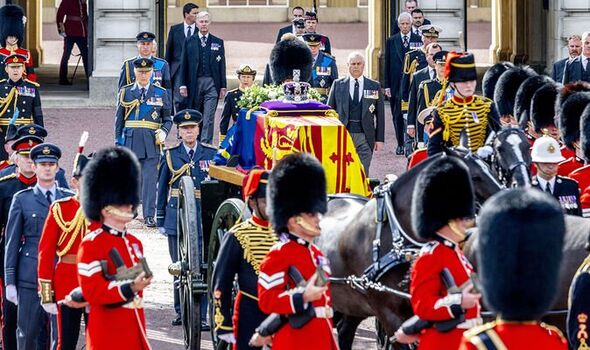 Parents refuse to pay £10,000 fine for son who threw party while they were away