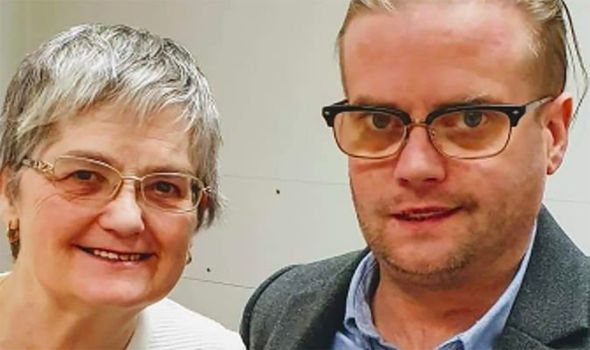 Pat Mulqueen-Wood, 69, spoke out as shock research revealed the machines could be 35 times more dangerous than a motorbike.

The House of Lords will debate the issue of regulation today.

But the Daily Express has repeatedly highlighted serious safety concerns. And Pat is calling for the machines to be outlawed after her family tragedy.

Electrician Paul Mulqueen, 41, was riding back from seeing friends when he swerved to avoid a tree root last June. He staggered home but the crash ruptured his spleen.

Despite emergency surgery he died the next day, leaving two sons, aged 15 and nine. His wife Annie, 39, died from cancer in 2020 – just weeks after they got married.

Pat, a former young carers project manager, said: “When Paul hit the tree, the handlebars went into his body and caused such awful internal damage. There is absolutely no protection with these e-scooters. He didn’t stand a chance.

“The hospital told us that it was a freak accident because he was around 6ft tall and the height of the handlebars was where his spleen was. It may be a freak accident that happens more and more often.”

Paul’s father Gerry, 72, who lived with him in Coventry, destroyed the £300 scooter on the day Paul died.

Meanwhile Pat, who also lives in the city, sometimes stops people on e-scooters in the street to tell them her son’s devastating story.

She said: “My message to the Lords is ‘Think, think, think – just think of the damage they do.”