Home » Europe » Heartwarming Queen Camilla has won over the nation 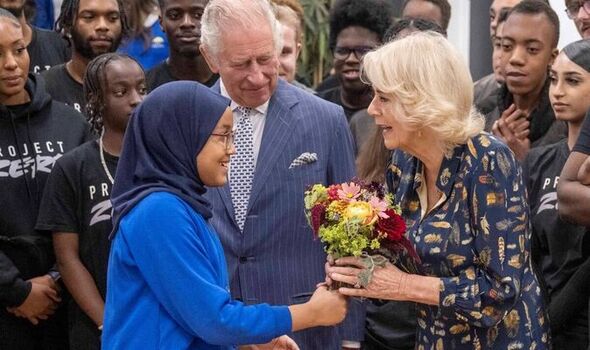 As the King reaches his first 60 days on the throne tomorrow, 44 percent of the public believe both he and his wife are doing a good job, with only 11 percent opposed. A further 45 percent think it is too early to say.

It suggests people now see them as part of the same royal package despite earlier objections from many who sympathised with the late Princess Diana and took against Her Majesty.

Five years ago in the run-up to the 20th anniversary of Diana’s death, a poll for the Press Association found only 14 percent wanted Camilla to be Queen.

Even in May this year a regular YouGov poll tracker found only 20 percent thought een she should be Queen – and that was despite her receiving the endorsement in February of Queen Elizabeth, who said it was her “sincere wish” she should become Queen Consort when Charles became King.

Last night, Christopher Wilson, Camilla’s first biographer, noted the dramatic change in public attitude and described it as a “heartwarming” result of her hard work.

He said: “The public are the most forgiving of all when it comes to the royals – well, at least some of the royals.”

The poll shows less support for the rehabilitation of other members of the family.

Some 28 percent said Prince Andrew should have all ties to the Royal Family cut after he was forced to step down amid controversy surrounding his friendship with paedophile Jeffrey Epstein and his payout to a woman who claims he sexually assaulted her when she was 17.

The Duke of York has always vigorously denied any wrongdoing.

The public are also split on whether Prince Harry should be welcomed back into the fold as a working royal, with 25 percent saying he should and the same proportion arguing he should not.

A further 26 percent say he should be allowed back part time.

The King has followed his mother in many ways since becoming head of state but he has made clear he would like to open up royal residences more to the public.

In our poll, two-thirds supported the idea of making some or all of the royal palaces more accessible, although senior royal aides have argued that it would pose practicality issues, particularly at Buckingham Palace.

Elsewhere, with the cost-of-living crisis, palace officials are mindful of the King and Queen’s Coronation next May appearing too extravagant.

They have promised it will be a spectacle, with military parades, gold coaches and everything associated with the pageantry of great state occasions.

But they have also insisted it will be scaled back compared with the 1953 event.

OnePoll’s survey of 2,033 adults on Thursday and yesterday found 45 percent agreed the Coronation should be scaled back, compared with 30 percent who thought no expense should be spared.

Six percent believed the event should not go ahead.

Meanwhile, it has been revealed Prince Harry chose the controversial title Spare for his autobiography himself, according to a friend of his wife, Meghan.

Ghost-written by JR Moehringer, the book is due to be published on January 10.

Journalist Omid Scobie said Harry has opted not to change the manuscript in the wake of the Queen’s death in September.

Mr Scobie said Harry would “acknowledge” her late Majesty at the start of the book and is publishing despite “very serious blowback from the institution and family” remaining a “very real risk”.