Sydney airport became the scene of emotional reunions, with hugs, laughter and tears as friends and family embraced again for the first time in nearly two years.

It was the country’s busiest airport before the pandemic, but until Monday had remained almost deserted for the past 20 months.

Heartwarming photos show returning Australians emerging from the airport gates and running toward loved ones, with advertising boards behind them beaming the message: ‘G’day, it’s really great to see you again.’

Carly Boyd was one of the first passengers into the Kingsford-Smith Airport arrivals hall, and she said: ‘There’s a lot of people on that flight who have loved ones who are about to die or have people who died this week. So for them to be able to get off that plane and go see them straight away is pretty amazing.’ 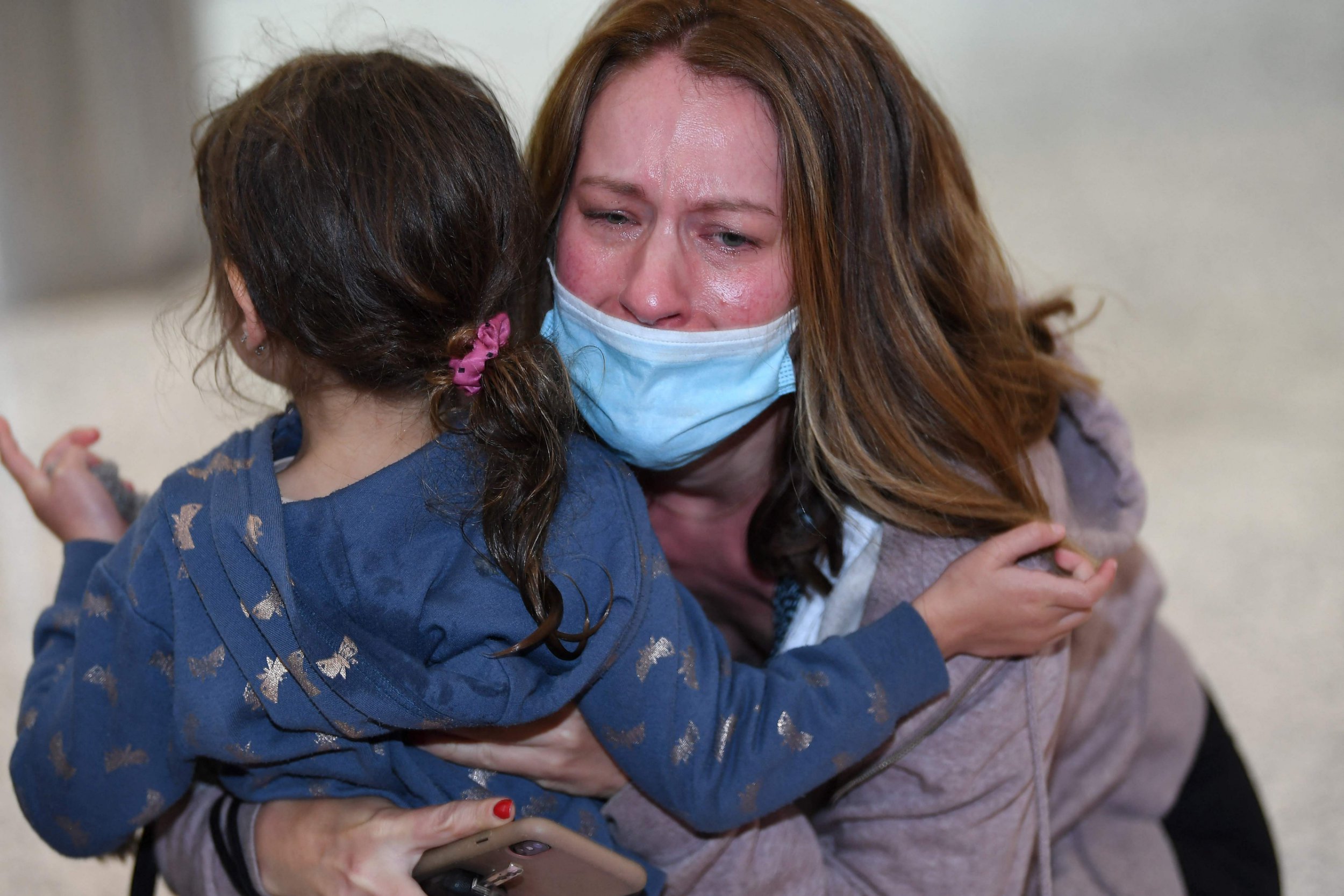 Vaccinated Australians can now return to the country without having to quarantine at a hotel for two weeks.

The cap on hotel quarantine numbers had been a major obstacle for thousands of residents stranded overseas.

It now only applies to those who have not yet been jabbed.

Sydney was the first airport in Australia to announce it would reopen on Monday after New South Wales became the first state to fully vaccinate 80% of over 16s.

One resident, who lives in San Francisco and identified himself only as Jeremy, said he had been trying to fly back to Sydney with his wife and baby daughter since July.

They had been barred from doing so four times at short notice, twice due to delayed twice and then because of surges driven by the Delta variant.

He told Australian Broadcasting Corp: ‘At every moment until we were sitting on the plane, it just felt like something was going to go wrong and I’m so glad that it all worked out and that we’re here.’

Initially only permanent residents and citizens will be free to enter the country.

That has left many of Australia’s 1.6 million temporary residents feeling left out of the reopening plan and unsure of their travel status.

Jennifer Clayburn, an American living with her family in Melbourne since January last year on a short-term visa for skilled workers, said: ‘I think that it’s vague around the definition of residents and where we get to be involved in that national plan.

‘We have been doing it tough, alongside all Australians. We too want to be around the table at Christmas with our family, but we do not want to be summarily locked out of Australia upon return.’

While Australians are now free to travel overseas, four Australian states and a territory have imposed restrictions on crossing state lines.

Ethen Carter, who landed at Sydney’s airport from Los Angeles, expressed his frustration at having to apply for permission to visit his dying mother in Western Australia state.

WA has the nation’s lowest level of vaccinations, with only 63% of the target population fully vaccinated.

Mr Carter pleaded through the media to Premier Mark McGowan to let him in.

He said: ‘Mark, think of the people that are suffering, like, mentally to see their family. That’s also a health issue.

‘We know we’ve got to protect people’s lives, but you’ve got to bring families together again, you have to.’

Mr McGowan has said the state border will not open this year, but added that his government would consider allowing Mr Carter to enter the state if he applied for an exemption.

He said: ‘These situations are very sad and very difficult and we’ve seen much of this over the course over the last two years.’