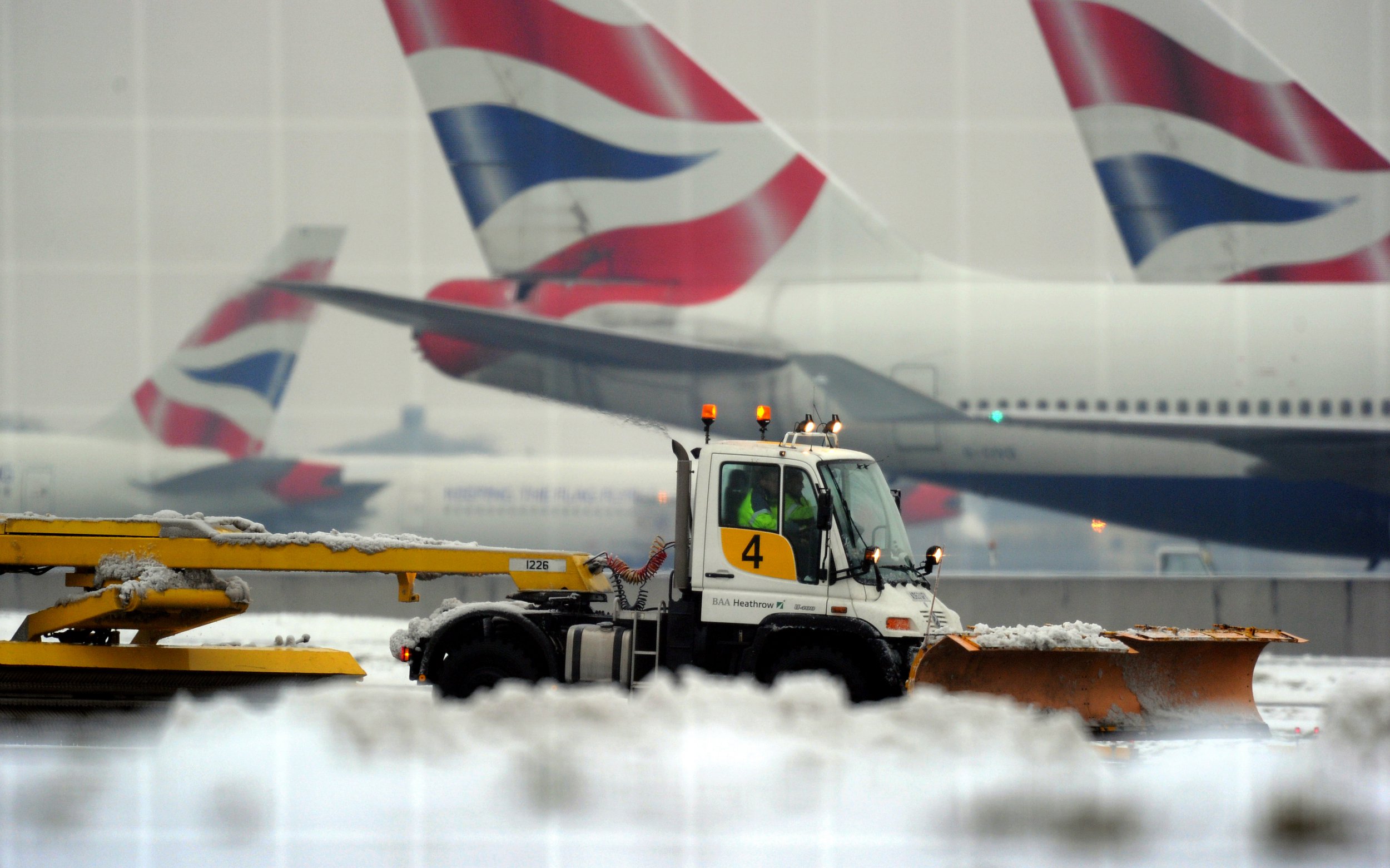 With Christmas just around the corner, job sites are cramped with offers suitable for people hoping to make some extra cash around the holidays.

Supermarkets, fashion retailers and delivery firms are only some of the employees on the lookout for festive helpers, with pay ranging from £10 to £15 per hour.

Some companies like Amazon are even offering big bonuses of up to £2,000 for seasonal warehouse workers, depending on their location.

But the most lucrative offer must be at Heathrow Airport where snow clearance specialists will get paid up to £435 per day, according to jobs website Adzuna.

A blog entry says: ‘The most lucrative winter position is for Snow Clearance Specialists, tasked with keeping aircraft stands and walkways safe at airports to keep them operating during inclement weather.

‘Roles pay up to £435 per day at locations including Heathrow Airport.’

Heathrow, however, must know something that the Met Office does not, as it would be a surprise if the country sees snow at the end of December.

The forecaster said on its website: ‘We are more likely to see snow between January and March than in December, with snow or sleet falling an average 3.9 days in December, compared to 5.3 days in January, 5.6 days in February and 4.2 days in March.’

However, Met Office forecaster Andrew Ward told The Sun it was unsurprising the role was highly paid as the airport struggles during periods of heavy snow.

Mr Ward said: ‘We have wet snow in the UK, with a lot more moisture in it and that’s what causes disruptions.

‘Wet snow is more of a problem as it turns to slush and ice, which is more difficult to clear than dry snow that can be easily blown or swept away.

‘It makes it harder to keep the airport running smooth as there are additional hazards of ice, and aircraft need de-icing.’

‘Manners!’ Parents praised for what schoolboys did to café owner for six years