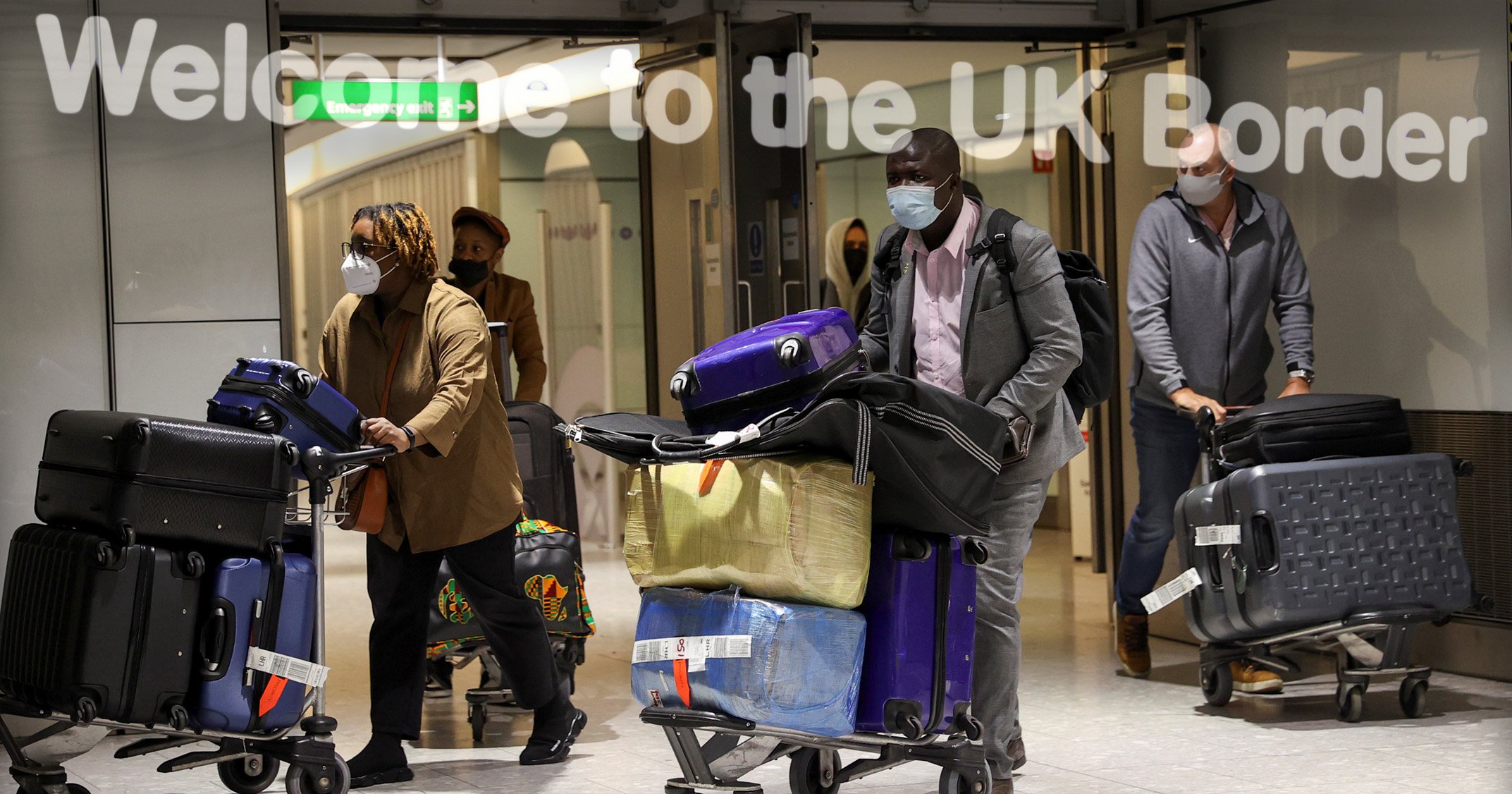 Passengers arriving in UK may have to queue for up to five hours in an ‘unacceptable’ system which leaves them free to mix with others from ‘red list’ countries.

From today, anybody arriving in England from a ‘red list’ country will be required to quarantine in a Government-approved hotel for a period of 10 days. But Heathrow Airport has said there are currently no protocols in place to segregate passengers amid long queues at Border Control.

A spokesperson for the London airport has now urged ministers to ensure there are ‘adequate resources and effective processes’ to reduce the delays. It is thought up to 8,000 passengers a day could be put at risk in the current system.

Checks carried out to identify if a passenger has arrived from a ‘red list’ country are estimated to double the standard arrival time to 15 minutes per person.

The new rules require travellers to fill out passenger locator forms, which declare where they’ve arrived from. Those found to be lying on their form could be punished with a £10,000 fine, 10 years in prison, or both.

The Heathrow spokesperson told The Times: ‘Our key concern remains the ability of Border Force to cope. Queues at the border in recent days of almost five hours are totally unacceptable.

‘Ministers need to ensure there is adequate resource and effective processes at the border to avoid compromising the safety of passengers and those working at the airport, which could necessitate the suspension of some arriving flights.’

Anyone arriving in England from a ‘red list’ country will have to pay £1,750 to quarantine in one of the Government’s designated hotels for 10 days (11 nights).

They will spend that time entirely in their rooms and will eat airline food brought to their doors. They will also be asked to change their own bedding and towels, and will have to be accompanied by security if they want to go outside for a cigarette.

The GMB union, which represents hotel security and staff, has raised concerns that hospitality staff working in the accommodation will be put at risk by the new quarantine rules.

Nadine Houghton, GMB national officer, told The Observer: ‘If you’ve got people getting off planes from the red list countries, then being crammed into areas with passengers who aren’t going into quarantine – and staff as well – you’ve failed at the first hurdle.

‘Our members working at, the ground staff, security staff, have been raising concerns about this for two weeks now. Heathrow just isn’t safe at the moment.’

Where Reindeer Are a Way of Life