As new figures showed eight in 10 of the UK population now have some antibodies to the virus, Chris Hopson, chief executive of NHS Providers, which represents the country’s NHS trusts, said hospitals were holding strong. Even in the worst affected areas where the Delta variant – formerly known as the strain that originated in India – has surged, “significantly” lower death rates are being seen among those admitted. He said there was now some confidence vaccines have broken the link between infections and the high levels of hospitalisation of past waves.

Mr Hopson’s positive assessment comes as 7,540 new infections were recorded nationally – another significant rise and the highest since February 27.

But there were only six deaths within the previous 24 hours.

Meanwhile, a record one million jabs were booked when those aged 25 to 29 became eligible for the vaccine on Tuesday.

A “Glastonbury-style” surge of traffic was reported on the NHS website, and at the height of the “blockbuster” day 100,000 jabs were booked every hour.

Mr Hopson said: “If, and it is a big ‘if’, if Bolton has gone through its complete cycle, and if other areas follow Bolton, the view from the hospital there was that they were able to cope with the level of infections.

“It’s important not to just focus on the raw numbers.

“You also need to look at who’s being admitted, how clinically vulnerable they are and the level of acuity they’ve got. 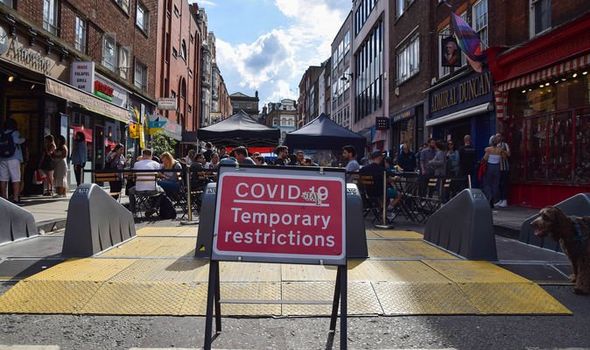 “What chief executives are consistently telling us is that it is a much younger population coming in, they are less clinically vulnerable, they are less in need of critical care and therefore they’re seeing what they believe is a significantly lower mortality rate.

“So it’s not just the numbers of people coming in, it’s actually the level of harm and clinical risk.”

The Office for National Statistics yesterday estimated that eight in 10 adults in England now have Covid-19 antibodies.

The figures, for the week beginning May 17, showed whether someone has either had the infection or has been vaccinated.

They were up from an estimated seven in 10, or 69.9 percent, a month earlier. In Wales, an estimated 82.7 percent have antibodies, in Scotland 72.6 percent, while in Northern Ireland the ­figure is 79.9 percent.

The encouraging news came as an increased package of support was being provided to Greater Manchester and Lancashire, similar to that seen in Bolton, where case numbers of the Delta variant have been relatively high.

Mr Hopson said any decision on easing remaining restrictions in England on June 21 was finely balanced, adding that if “incredibly busy” hospitals see even a small rise in patients, they could have to “make some trade-offs between Covid and non-Covid care”.

He added that “we don’t quite know where we are, in terms of are we at the beginning of an exponential rise or not?”.

But he said it was clear the mortality rate had dropped, saying: “We’ve had fewer than 15 people a day dying from Covid for nearly seven weeks.

The six deaths within 28 days of testing positive yesterday brought the UK total to 127,860.

The number of patients stood at 876, according to NHS England. 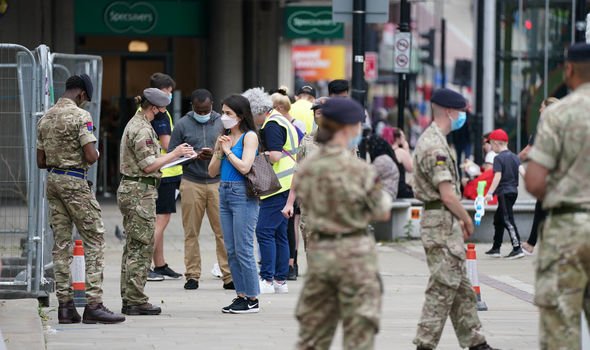 Communities Secretary Robert Jenrick said that although cases were “clearly rising”, Boris Johnson would review a range of data before making a decision on the June 21 unlocking.

He said: “We created this five-week period between the stages of the road map and that has proved invaluable. We need to see that data of cases, which are clearly ­rising.

“So the Prime Minister is reviewing that ahead of the decision, which is going to be June 14.”

Mr Jenrick said there were no plans to return to a regional tiered approach and to instead replicate the ­targeted action seen in Bolton.

Mr Jenrick confirmed he would probably go on holiday in the UK this summer, saying: “This isn’t a normal summer. Opportunities for international travel are going to be limited, so why not enjoy all this country has to offer this summer?”