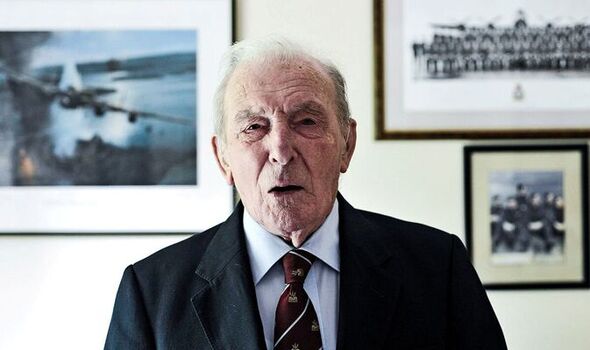 The last British member of the World War Two Dambusters has died at the age of 101.

Sq Ldr George “Johnny” Johnson, part of 617 Squadron, joined the Royal Air Force in 1940 at just 19. Three years later, he was selected to be part of the team at RAF Scampton in Lincolnshire and to take part in Operation Chastise, more commonly known as the Dambuster Raids.

His family say he died peacefully surrounded by loved ones on Wednesday.

Mr Johnson was a bomb-aimer in the 617 Squadron, which destroyed key dams in Germany’s industrial heartland during World War Two.

He finally retired from the RAF in 1962 as a Squadron Leader and became a teacher in Torquay, Devon, where he lived with his wife Gwyn until she passed away in 2005.

Celebrating his 100th birthday in November last year, the war hero told the BBC: “I’ve had a very lucky life in every respect.”

Mr Johnson, who also became a local councillor for the Conservative Party, was made an MBE in 2017.

Posting to Facebook, his granddaughter Jenny Sextone said his family were beside her “beloved Gramps”, at the time of his death.

“We would appreciate your respect for our privacy in this family time,” she added.

It was Mr Johnson’s job to target the Sorpe Dam as part of the attack, which was codenamed Operation Chastise and carried out by the RAF’s 617 Squadron, based at RAF Scampton.

Mr Johnson, born in Lincolnshire on November 25, 1921, helped kill 53 men and capture three in the operation, one of the most dangerous air operations of the conflict.

Recalling the operation last year, he said: “It was an exhilarating experience.” He said he felt “honoured to have had the chance to take part.”