Connor Telger, a 17-year-old from Dundee, was on his way to The Mumbles, Swansea with his girlfriend and her mum for a short getaway. The three decided to stop at Penllergare Valley Woods for a break on the way, where they encountered the poor pooch as it battled to keep its head above water.

The dog’s owner, Jane Warner, was also visiting the area with her dog Charlie, who was so excited to be there that it chased some ducks into the water.

When the seven-year-old Shih-Tzu got caught up in the thick reeds, it appeared to be drowning and struggling to stay afloat.

When Mr Telger saw what was happening, he quickly kicked off his trainers and dove into the water to save the dog.

Ms Warner, who has only lived in Swansea for two months, said: “I took my two dogs, Titch, a Jack Russell aged six, and Charlie, the Shih Zu who’s just turned seven, for a walk to the Penllergare Valley Woods. 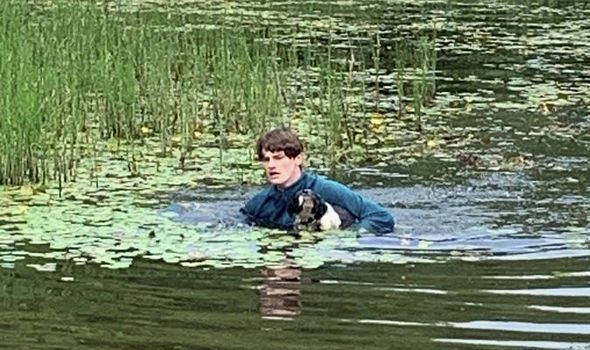 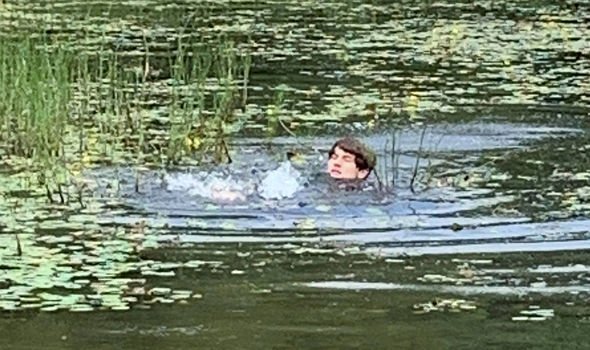 “It was only the second time I’ve been there as I have only lived in Swansea for two months.

“The first time Charlie ignored the water, but this time he ran straight in and back out and was chasing Titch around.”

It was then that Ms Warner met the teen who would eventually save her pup from perishing.

She added: ”I saw Connor, his girlfriend Grace, and her mum sitting on a bench and I joked to them about how Charlie’s former owner, who sadly passed away two years ago this weekend, told me he how he loves swimming but it was the first time he’d done it with me. 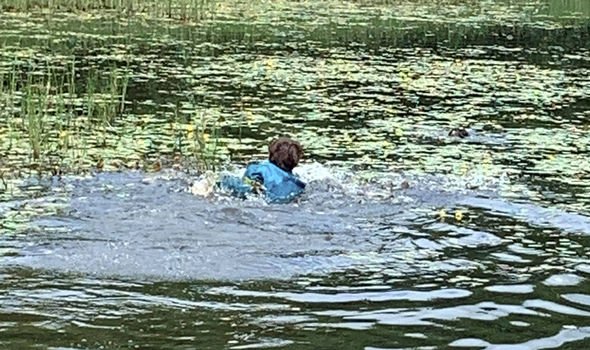 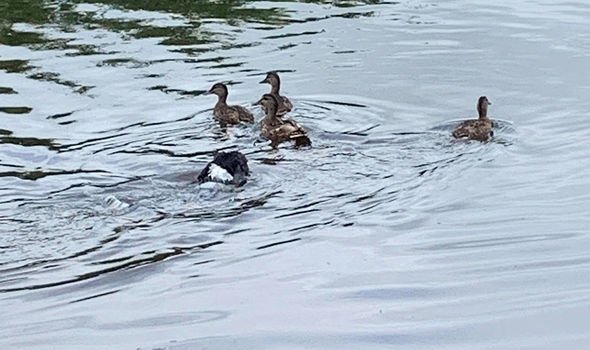 “Shortly after Charlie spotted some ducks. Without a second thought, he was in again swimming after them.

“We all laughed it was so funny to see the ducks leading him round and round.

“However, our moods suddenly changed when the ducks led Charlie into some reeds and swam away from him. Charlie was paddling fast but not going anywhere, he was tiring, and his head started to go under.”

The quick-thinking teenager wasted no time trying to save Charlie and dove into the water as soon as he realised the dog was in danger. 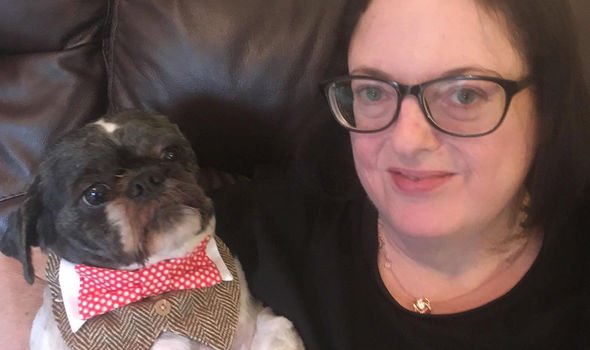 Ms Warner said: ”At that point, Connor didn’t hesitate, just kicked his trainers off and was straight in the water and straight to Charlie who had gone under at this point.

“Connor then grabbed Charlie but got tangled in the reeds himself so was kicking to untangled himself and paddled with difficulty going under himself several times until they got back to shore.

“He put Charlie down and just collapsed on a nearby stone at the side of the water. He had never swam before which made the rescue even more incredible. He said the water was deeper than he thought and he couldn’t put his feet down and really struggled.

“As it was freezing cold he was shaking, vomiting, and clearly in shock. It was incredible to get Charlie back to shore.” 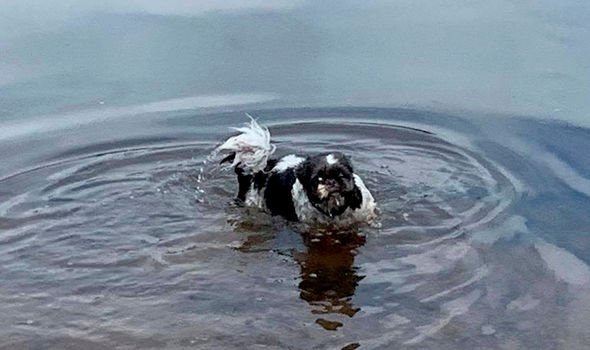 Ms Warner is incredibly grateful to the teenager for his heroic actions and intends to take him out as a reward.

She added: ”Charlie is my world, I’m chronically ill and he and Titch are a massive lifeline to me on days when I can’t even get out of bed.

“So to get him back after watching helplessly at the drama unfold was overwhelming. I am taking Connor out tonight for a meal as a big thank you and will also be giving him a reward.”

King Charles: Prince of Wales to make HUGE change to British currency when he takes throne

Queen heartbreak: The Queen and Princess Anne have grown ‘much closer’ after tragic events