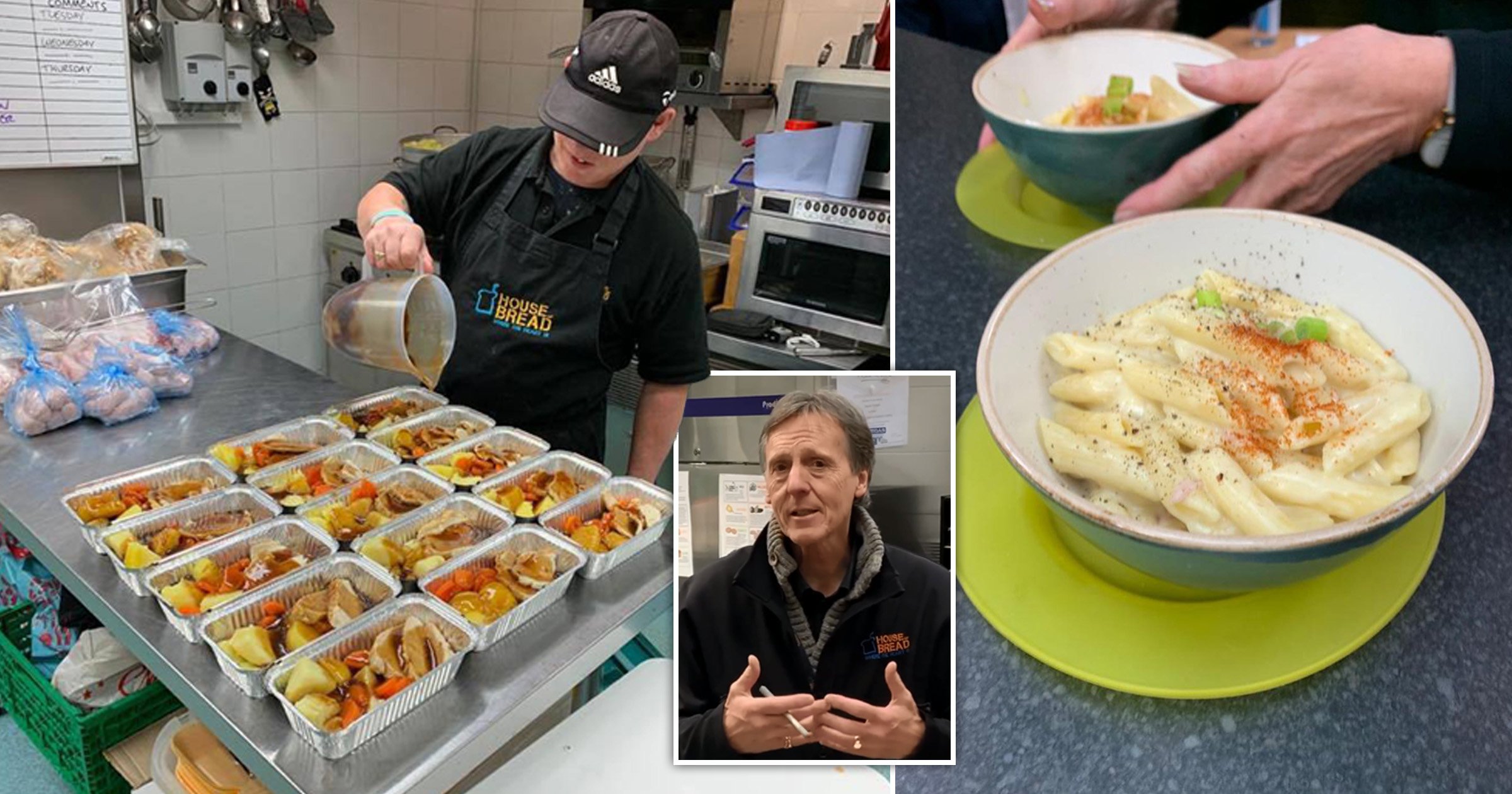 A charity director has told how working people hit by the cost of living crisis feel ‘guilty’ and ‘embarrassed’ as they seek help for the first time.

Will Morris said that volunteers at the shelter for homeless and vulnerable people he runs ‘spend hours’ persuading those caught by the escalating financial pressures that there is no shame in seeking help.

He told Metro.co.uk that working people coming through the doors of the House of Bread in Staffordshire feel ‘desperate and bashed about’ by pressures including rising fuel bills and food prices.

The charity is part of a nationwide picture of rising demand, reflected in Metro.co.uk’s report on Stockport Food Bank, in Greater Manchester, where families have been in tears as they turn up for the first time.

Will spoke after campaigners called for the extension of free school meals to all families receiving Universal Credit, which would amount to about 800,000 more children.

‘As the cost of living crisis has got worse, we are seeing many more working families with children coming in for food bags,’ he said.

‘We don’t know if they are getting free school meals or not but it is clear that the generosity shown to children experiencing poverty needs to be maintained and increased.

‘We have certainly seen people whose families would traditionally not have been eligible for free school meals come in.

‘We have had three people with NHS lanyards come to our café separately and at first I assumed they were collecting food for their clients, before I realised they were making use of our service.

‘It says to me that even people in work, who might have been just ok in the past, are really struggling.

‘This brings up the issue of encouraging people who might feel embarrassed to seek help when they are in crisis. Some people who have been just about ok are now struggling to say, “I’m not ok, I’m not managing”.

‘They feel guilty; they’ve made it through Covid and now they’re being hit by the cost of living crisis, in what are extraordinary times, through no fault of their own. They feel desperate and bashed about as they fall into what you could call hidden poverty.’

In the last financial year, 278,110 households in England were assessed as being threatened by or already in homelessness, according to government figures. This was a 2.8% increase on the previous year in the period up to March 2022, before the two fuel price cap rises.

On the ground, Will said that there has been an increase in ‘hidden homelessness’ — people who are off the radar of statutory services as they just about manage to keep a roof over their heads.

The House of Bread is based in Stafford, where official figures show there are 23 homeless people, including rough sleepers.

But Will estimates there are another 25 who are not represented on the list because they have had no or only fleeting contact with statutory bodies.

Established in 2010, the charity is meeting this growing demand with services including a foodbank, ‘pay as you feel’ café, warm space and general support to people who it regards as ‘friends’.

‘There is also an increase in the unknowns, the people who are just about managing, in terms of homelessness,’ Will said.

‘We are seeing an alarming increase in these people, who we call the hidden homeless. We spend hours telling people they are not sponging off the state or taking advantage of the system, and they should feel comfortable taking that support if they need it.’

The escalating financial pressures mean almost half of adults in the UK are struggling to pay their household bills, separate figures from the Office for National Statistics (ONS) show. Will is finding that families who would traditionally have helped others less fortunate than themselves are finding it a struggle to give what little they do have.

‘Whereas I would usually attend 30 harvest festivals, I have been to nine this year,’ he said. ‘A lot of the schools, many of them with high numbers of pupils claiming free school meals, simply have families who can’t send in a tin of food anymore. Any aspiration to increase the provision of free school meals needs to happen, because the demand is growing.’

As the charity prepares for a harsh winter in terms of falling living standards, children in struggling households are front of mind.

Intensifying pressures include the price of budget food in supermarkets rising by 17% in the year to September, according to the ONS.

Those who a network of dedicated warm space providers in the borough want to make room for as temperatures drop include pupils needing somewhere to do homework. Will believes this kind of ‘extraordinary generosity’ can make a difference as household bills rise.

‘To provide food for children, who are among the most vulnerable people in society, has to be a priority for the government,’ he said.

‘How many children could we feed for the price of a Polaris missile, for example? Despite everything, we are still an immensely wealthy country and we need to be inclusive around the offer that is there for people who are experiencing different types of poverty.

‘We have to maintain and increase the extraordinary generosity that we have in this country. At the House of Bread we still have mind-boggling levels of support from our supporters and donors.

‘The government and wider public need to maintain and increase this generosity because the future of our children, who are at their most important time in life, depends on it.’

Police 'waited for 16 minutes before intervening' in fatal hotel crush