Home » Europe » Highest number of rapes ever recorded in one year with 61,158 offences 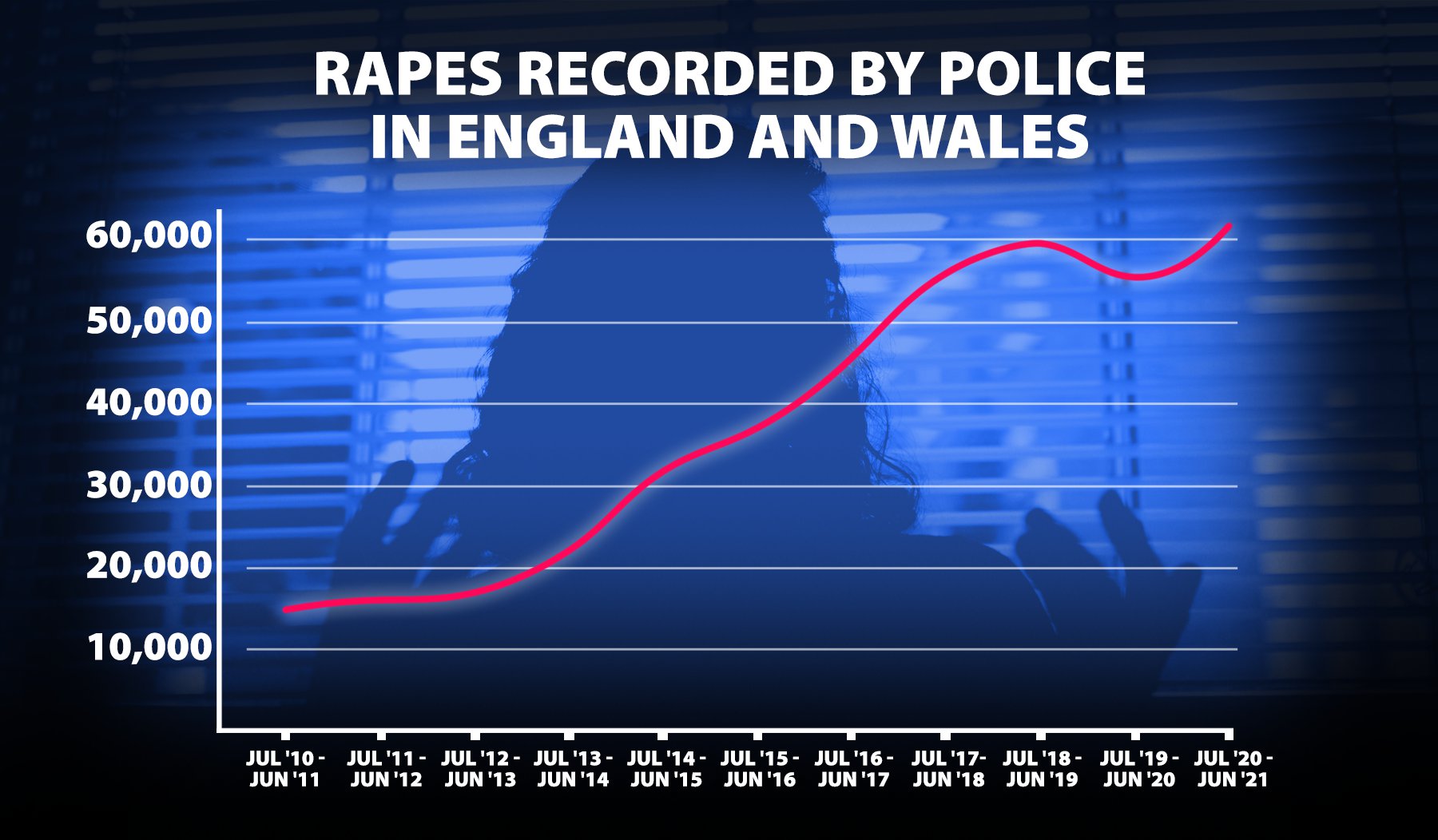 The number of rape cases recorded in a year has hit an all-time high, with 61,158 rapes in the 12 months to June.

That period also saw the second-highest number of reported sexual offences of all types with 164,763, up 8% on the previous year, according to new figures from the Office for National Statistics (ONS).

Meanwhile, the highest ever number of rapes in a three-month period were recorded between April and June, as the UK began to emerge from the second lockdown.

It comes as Rape Crisis revealed some victims are having to wait two years for their specialist counselling services, which were used by 75,000 people in the 12 months up to March.

The charity said 9,947 people were on its waiting list at the end of March, more than double the figure of 4,961 recorded four years ago.

It warned some centres were having to turn away new applicants due to financial pressure.

Rape Crisis’ chief executive, Jayne Butler, said the waiting times were ‘devastating and will leave many victims and survivors feeling as if they have nowhere to turn’.

A funding increase for state victim support services of more than 85% in the next four years was announced last week, which will also help fund independent counsellors.

But Policing Minister Kit Malthouse has admitted the rate at which rape cases lead to convictions remains ‘disgracefully low’.

CPS figures for 2019-20 show 1,439 suspects were convicted of rape or other sexual offences in England and Wales last year – the lowest level since records began, and down from 1,925 the previous year.

The same period saw just 1.4% of recorded rape offences and 3.2% of sexual offences lead to a charge or summons, according to Home Office data.

The proportion for sexual offences rose slightly to 3.5% in the latest year for which data is available, half the rate for overall crimes of 7%.

The Home Office did not release the equivalent figure for rape this year, although the CPS said rape charges have risen almost 5%.

It added that there has been a ‘steady recovery in the number of completed rape prosecutions since courts began to reopen last summer’ and that resources are being increased for specialist rape prosecutors.

A million people a day get sexually transmitted infections, WHO warns