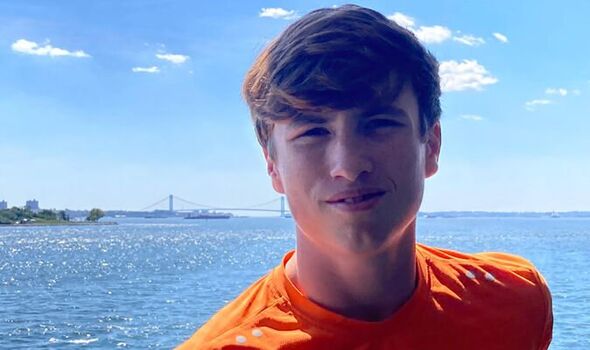 The devastated family of a teenage boy who died after collapsing in a Browns restaurant have paid tribute to their “handsome and caring” son.

Euan McNamara, 15, suffered a seizure at the establishment at Liverpool ONE, a shopping and residential centre in the centre of the city, on Saturday evening. Members of the public and staff rushed to help Euan before paramedics arrived.

But the teenager died a short time later in hospital, Liverpool Echo reports.

Euan’s parents, Michael and Sian, today paid tribute to their son, who they described as “loving” and “caring”.

They said: “On Saturday teatime, after an afternoon’s shopping, we were at Browns restaurant in Liverpool as a family with our son Euan, daughter Megan and close friends when Euan unexpectedly collapsed. Despite immediate medical intervention by off-duty medics, Euan later sadly passed away in hospital.

“Euan was a much-loved son, brother, grandson, nephew and friend. He was studying for his GCSE exams, a keen rugby player, cricket player and LFC Supporter, regularly attending games with family and friends.

“Euan was loved and adored by all who knew him and his death has left a massive void in all of our lives. He was a handsome, loving, caring boy with an infectious personality that touched everyone he met. We are devastated by what has happened, and hope that in the forthcoming days we will find out why Euan has been cruelly taken away from us.

“We as a family please request that our privacy is respected at this time.”

Merseyside Police confirmed his death was not believed to be suspicious and his next of kin were being supported by specialist officers.

The youngster was studying for his GCSEs at St Mary’s College in Crosby, Merseyside, where staff also paid their respects.

The Principal of St. Mary’s College, Mike Kennedy, said: “The news of Euan’s death has come as a terrible shock to us all and our thoughts and prayers are with Euan’s family and friends including his sister, Megan, who is a pupil in year 9 at our school. Euan was a really lovely boy and a much-loved member of our school with so much to look forward to in his life.

“To pass away at such a young age is truly tragic, and his sad loss will be felt throughout the whole St. Mary’s community.” Mr Kennedy added that St. Mary’s will be offering additional support measures to pupils and staff members affected by Euan’s death.

Browns has also sent its condolences to the teen’s family.

In a statement, a spokesperson for Mitchells & Butlers, who represent Browns restaurants said: “Sadly a young guest suffered a seizure at the restaurant and was taken to the Royal Liverpool University Hospital by emergency services where he later passed away. The thoughts of the team are with his family and friends.”