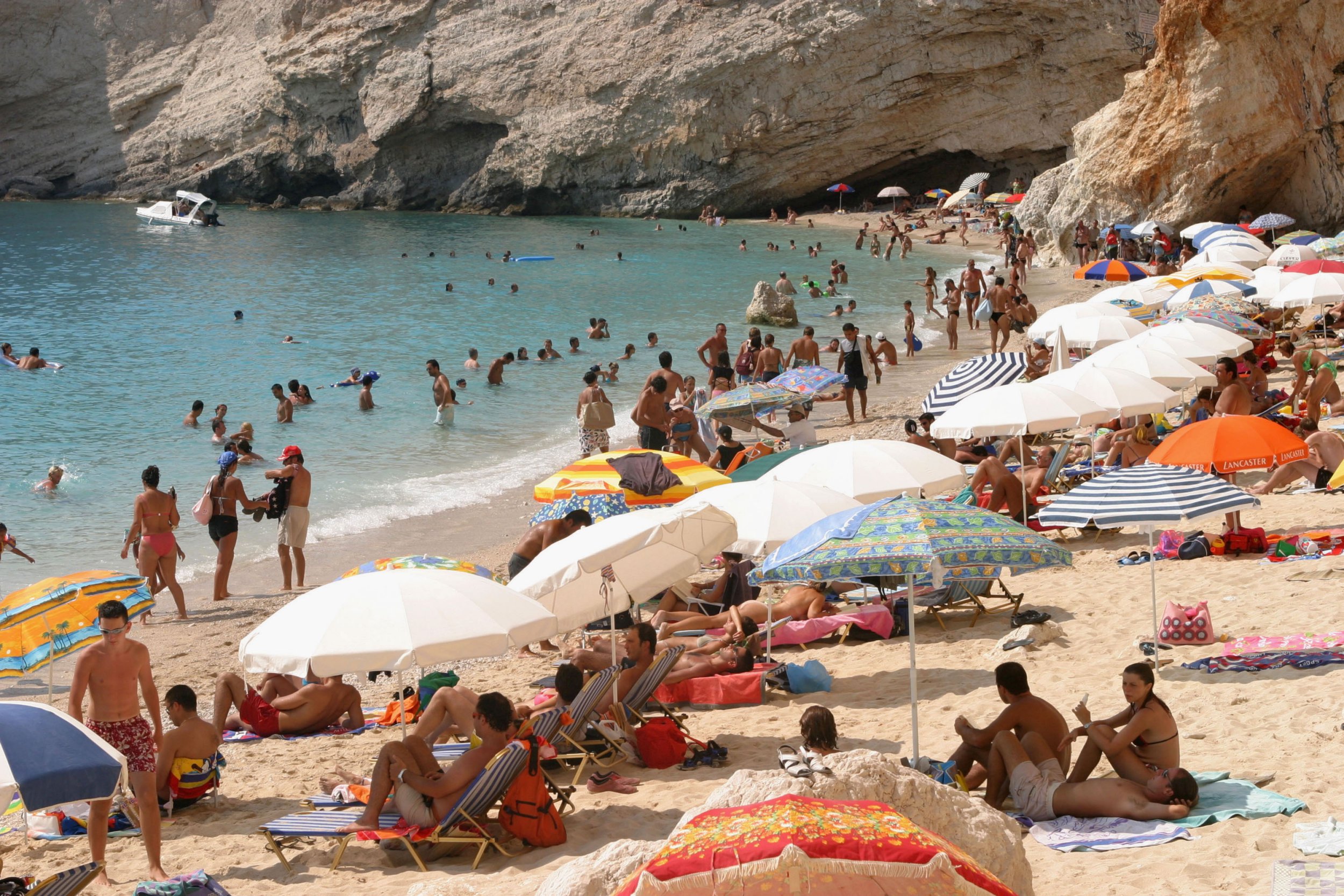 Spanish and Greek islands are not expected to be put on the UK’s ‘green’ travel list for holidays within the next few weeks.

Sources suggest only a ‘handful’ of countries will make the quarantine-free list for travel, including Gibraltar, Iceland, Israel and Malta.

Most popular holiday destinations – such as the European countries of France, Spain, Greece and Italy – are expected to be given ‘amber’ status, meaning quarantine for 10 days after returning to the UK will be necessary.

This will include all their islands, despite many of them reporting significantly fewer cases of coronavirus than their mainland countries.

The tourism minister for the Balearic Islands said it should be considered on a region-by-region basis.

Iago Negueruela, the tourism minister for the Balearic Islands, told The Telegraph: ‘The British Government [should] take the epidemiological situation of separate regions into account, rather than different countries.

‘We have the technology available to sequence the virus and its strains at a higher percentage than any other region.

‘We have made huge efforts to contain the pandemic, and the epidemiological figures for the Islands are among the best in Europe.’

Despite Europe being hit by a third wave of Covid-19, the Balearic islands have an infection rate of less than a quarter of Spain’s. The Canary islands have also vaccinated a third of their adult population.

But although transport secretary Grant Shapps said last month the Government’s new traffic light ratings of countries will treat islands independently of their mainland, it appears none of them have made the coveted ‘green’ travel list.

Javier Gandara, tourism minister for the Canaries, said intensive testing and vaccination targeted at staff in the tourism industry ‘have meant incidence of the pandemic has been almost nil in island tourist environments and much lower than in mainland Spain’.

It comes as Greek islands quickly moved to roll out a vaccination programme so they could welcome back tourists as soon as possible.

Destinations such as Minos and Kythnos have vaccinated more than half of adults, which is more than triple the rate of mainland Greece.

The governor of Crete said the island is a ‘safe destination’, as more than a quarter of its adult population has now been jabbed.

Stavros Arnaoutakis told The Telegraph: ‘The region of Crete is a safe destination observing all the required protocols in order to ensure the safe accommodation of British tourists on our island.

‘We are expecting the positive decision of the British Government.’

Portugal is thought to be the only major European holiday destination which could make it onto the approved list.

The Government is set to unveil the travel list later on in the week, which will use a traffic light system to rank countries as ‘green’, ‘amber’ or ‘red’ depending on their level of risk.

Green countries will allow travel without quarantine afterwards, but people will need to take tests before and after leaving the UK.

Although Mr Shapps said the data ‘looks good’, he said lifting restrictions must be ‘cautious’ due to the number of infections in Europe.

A number of MPs have however called on prime minister Boris Johnson to extend the travel ban beyond May 17, after fears new variants of the virus from abroad could cause a spike in infections and have a negative effect on the vaccination programme.