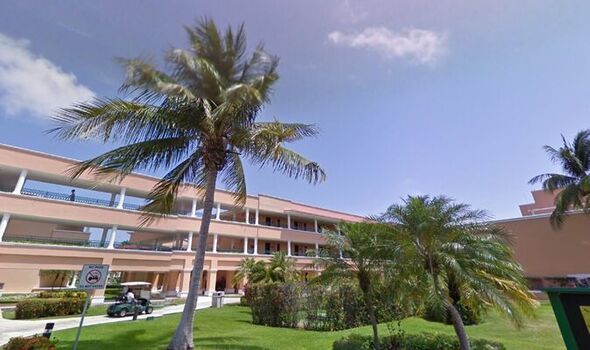 The man is believed to be a 34-year-old tourist staying in Cancun, Mexico.

He suffered severe head injuries from the fall.

The tourist is in a coma as a result.

Emergency services rushed to the scene after reports a man had fallen from a balcony at the four-star Moon Palace hotel in the Puerto Morelos area.

He was taken to the Galenia hospital, before being transferred to the General Hospital.

He remains in serious condition.

The horrific event occurred yesterday, when local media reported the Brit falling from the balcony.

Hotel staff alerted paramedics, who arrived at the hotel and transferred the man to the hospital.

The Briton is said to have been on holiday with his partner.

He remains in a coma following the fall.

The horrific event comes shortly after a British tourist was left fighting for his life in a Spanish hospital after falling from a hotel in Ibiza.

A 21-year-old man was taken to a private health centre in a critical condition, according to local reports.

The incident appeared to be the latest case of a balconing-related injury.

Balconing is a parkour-like activity whereby people jump from balconies or roofs into nearby pools or lower landing spots.

According to Cronica Balear, a publication covering the Balearic Islands, the young male had suffered a cranioencephalic trauma – or non-degenerative brain damage.

It is said that he jumped from a balcony of the Marco Polo Hotel, on the outskirts of Sant Antoni – a town on the western side of the island known for its night life.

Sources in the Guardia Civil said that it is believed the man tried to jump from his balcony onto the roof of a nearby warehouse.

They estimated that he had fallen more than three metres.

In May, a similar balconing incident lead to the death of a British holidaymaker in Spain.

Sources in the Civil Guard reportedly say they believe the 34-year-old Brit could have been under the influence of substances, due to his “strange” behaviour before the tragedy.

Reports in the local Spanish press suggest the man may have been trying to balance on the rails of the hotel before slipping.