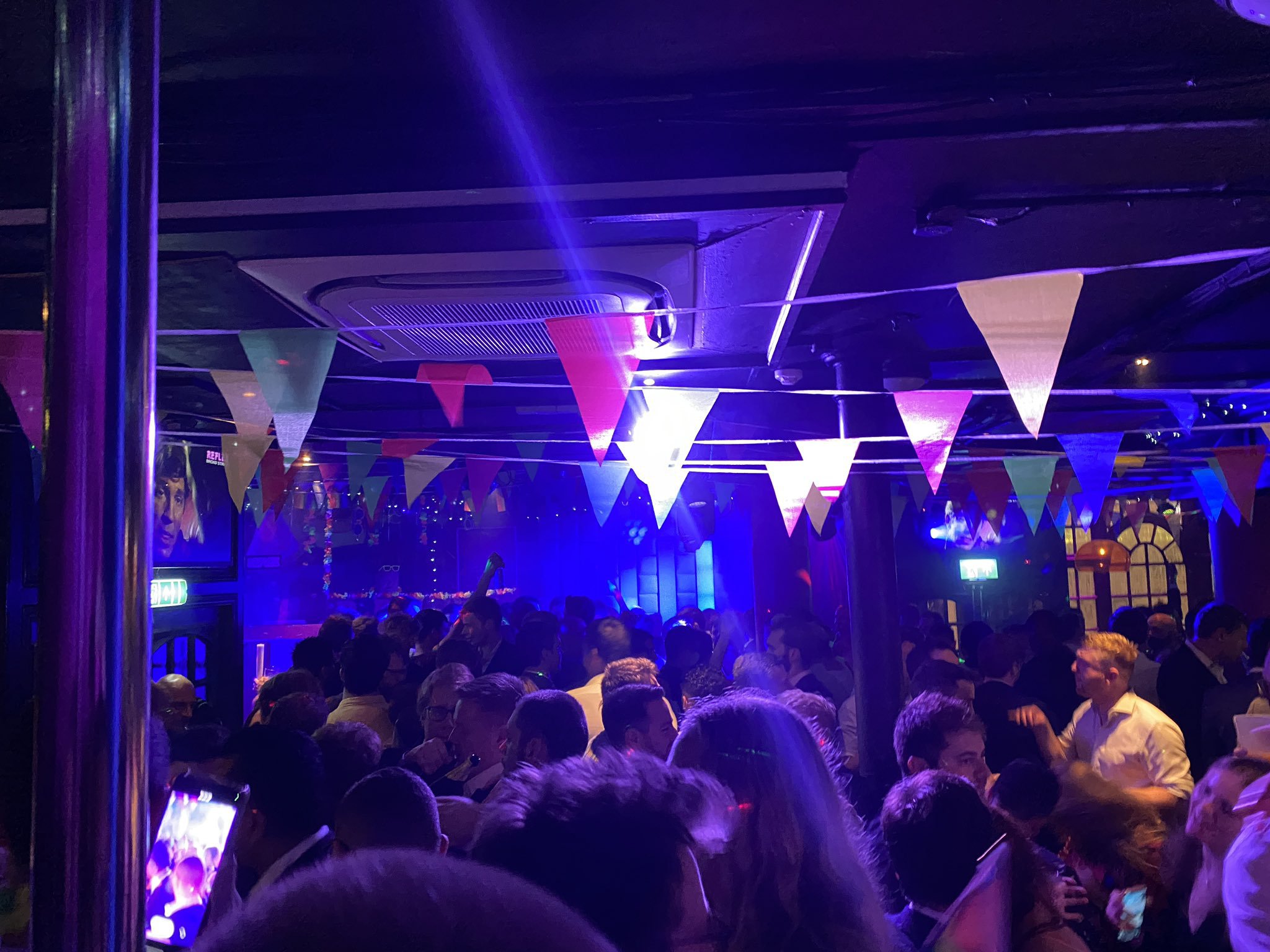 Several people were thrown out of an event celebrating LGBTQ+ diversity at the Tory conference when homophobic slurs were made, it’s claimed.

Hundreds of party members, lobbyists and others gathered at Reflex nightclub in Birmingham on Tuesday night.

But the annual event was ‘overshadowed by a number of highly offensive, abusive comments’.

One man was removed for allegedly calling a gay man a ‘f**’, while another was apparently told leave after calling two women a ‘dirty l*****’.

Both are reported to be Conservative members, although this is unverified.

Speaking to ITV News, one victim said: ‘We kicked someone out who was blind drunk and called me a dirty l***** and that I needed to watch my back. I don’t feel like I morally fit in anymore.’

Head of Women for LGBT Conservatives, Jessica Zbinden-Webster, tweeted: ‘A lot of people showed themselves up at the @LGBTCons party last night. We’re making a list and checking it twice.’

Meanwhile, Elena Bunbury, the Chair of LGBT Conservatives, said this afternoon: ‘The abuse my team at @LGBTCons have had tonight is disgusting.

‘We’ve run a free event and it’s spoilt by the few that feel the need to to be abusive, not on at all. Thank you to those who were respectful, it means a lot.’

Ms Bunbury later added the LGBT Conservatives stand ‘firm against hate crime’ and the vile incidents last night ‘show why groups like ours are so important’.

‘If those involved are identified as members of the Party, we will launch swift investigations’, they vowed.

‘Any form of discrimination or abuse is wrong and complaints can be made in confidence under our Code of Conduct.’ Metro.co.uk has contacted Reflex nightclub for comment.

It comes after an ongoing row loomed over the conference about the Conservative party’s attitude to transgender people.

The government plans to exclude trans people from the ban on conversion therapy – a decision that sparked outrage and the cancellation of a landmark LGBTQ+ conference earlier this year.

In April, Downing Street said it is a legally complex issue and ‘further considerations are needed’.

Further controversy recently erupted over the decision to invite registered charity LGB Alliance – which has been accused of being anti-trans – to the Tory conference.

The LGB Alliance says it campaigns for those ‘whose rights in law are based on sexual orientation not gender identity’.

It denies being transphobic but claims the LGBTQ+ movement is being ‘dominated by gender identity extremism’.