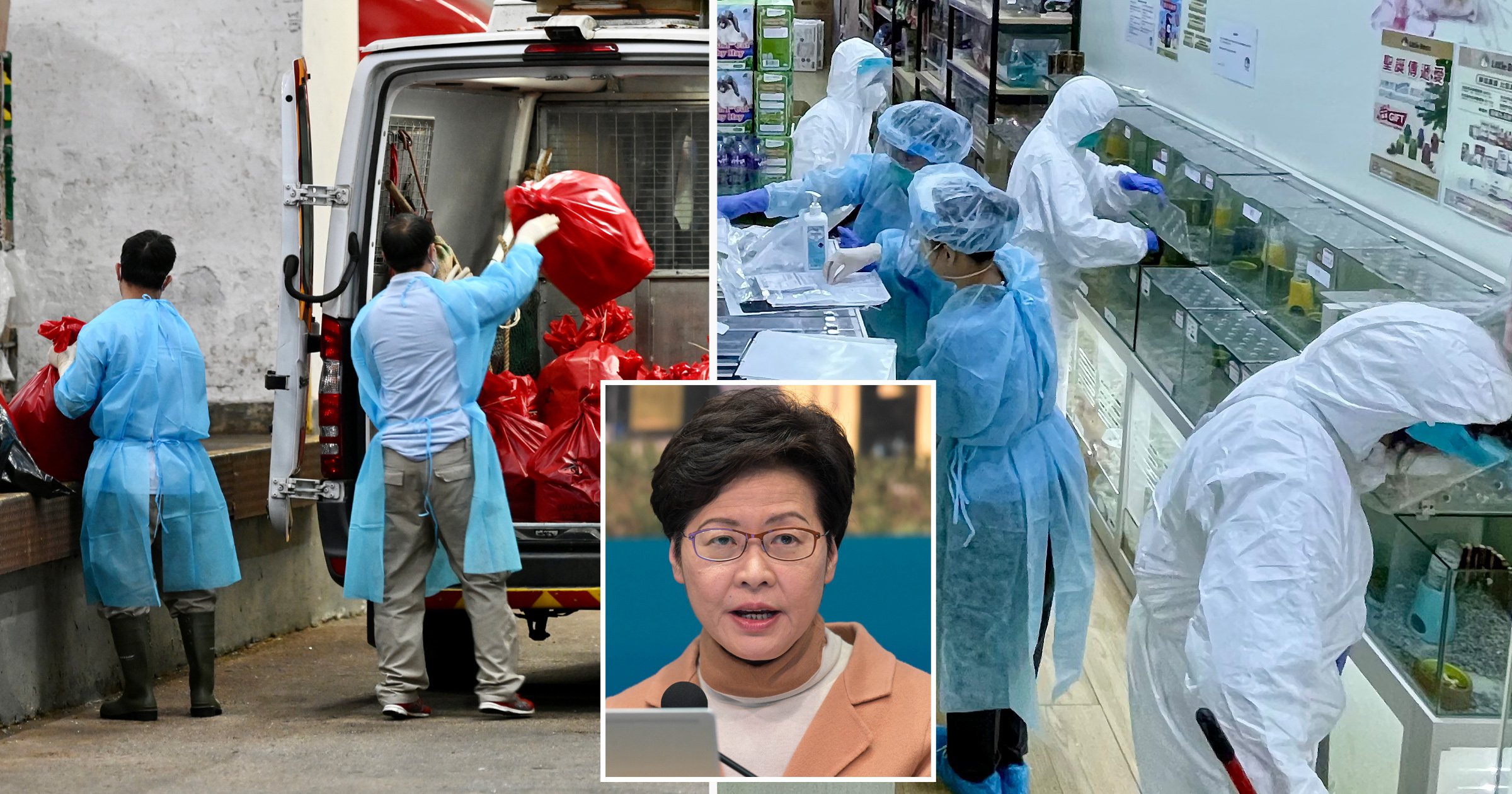 Hong Kong leader Carrie Lam defended a mass cull of hamsters as she warned that Covid-19 infections could be growing exponentially in a residential section of the city.

Earlier this week, some 2,000 hamsters from dozens of pet shops and storage facilities were ordered to be ‘disposed of’ after an outbreak was linked to one where 11 pet rodents tested positive.

Soon after, health workers in hazmat suits were seen walking out of pet shops around the city carrying red plastic bags into their vans. More than 100 customers of the pet shop were also sent into quarantine.

Scientists around the world as well as health and veterinary authorities in the city have all said there is no evidence that animals play a major role in transmitting the virus to humans.

But the rise in cases is testing Hong Kong’s ‘zero Covid’ strategy aimed at eradicating the virus, which has seen schools and gyms shut, restaurants ordered to close by 6pm and air travel disrupted.

Ms Lam has now urged people to avoid gatherings ahead of next week’s Lunar New Year following an outbreak of the highly-infectious Omicron variant in Kwai Chung.

She said: ‘We are worried that the exponential growth of cases that we have seen in other parts of the world is now happening in Kwai Chung.’

Local media reports on Saturday said that officials were considering tighter city-wide restrictions but none have yet been confirmed.

Ms Lam added that cases involving the Delta variant were also rising because of the hamster outbreak, saying: ‘I understand that pet owners are unhappy … the biggest public interest is to control the pandemic.’

Public broadcaster RTHK said some hamster owners were seen handing over their animals at a government facility, while groups swiftly formed on social media to find new owners for unwanted pets.

One owner, identified only by her first name Ocean, said her Telegram chat called ‘Hong Kong the Cute Hamster Group’ was contacted by almost 3,000 people willing to take in unwanted pets.

The 29-year-old said three young owners were pressured by their families to get rid of their hamsters even though they all owned them for months.

She said: ‘Many pet owners are unfamiliar with the exact risks and give up their hamsters.’

Bowie one of those who volunteered in the group, took on two new hamsters on top of the three he already had.

The 27-year-old said: ‘This is ridiculous. Animals’ life is also life. Today it can be hamsters or rabbits, tomorrow it can be cats or dogs.’

The local Society for the Prevention of Cruelty to Animals (SPCA), which runs veterinary clinics, said ‘numerous’ worried pet owners have been contacting them for advice.

‘We urge the pet owners not to panic or abandon their pets,’ they said in a statement.

The SPCA listed ways to maintain strict personal hygiene for the safety of humans and animals, including never to kiss, cough at or snort near pets, and washing hands after handling them.

The average lifespan of a hamster is about two years, according to animal welfare groups.