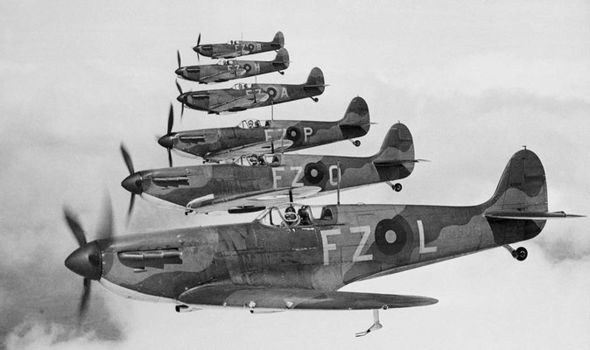 Pressure is mounting for a permanent commemoration of the heroism and sacrifice of the RAF’s photographic reconnaissance pilots who flew deep into enemy territory and collected invaluable images.

Conservative MP Andrew Bowie is leading the charge, claiming that these pilots “helped turn the tide in the war”.

He said: “[All] all of the weapons systems [in their planes] were taken out and replaced by cameras so they had nothing to fight back with when they themselves were intercepted by the Luftwaffe. That’s why so many of them fell during the war.”

He wants to mark the bravery of one of the RAF’s most celebrated reconnaissance pilots, Alastair Donald Mackintosh “Sandy” Gunn, who was born in Auchterarder, Perthshire. Gunn was shot down by Luftwaffe over Norway in 1942 and became a prisoner of war; he took part in the “Great Escape” from Stalag Luft III but was captured and murdered by the Gestapo.

The West Aberdeenshire and Kincardine MP said: “I think it’s about time these young men actually had a memorial to their extreme bravery, [for] going up in aircraft over enemy lines, with no way of defending themselves, to take vital reconnaissance back to Britain to enable those in high command to take the decisions they needed to…

“It was vitally important. Without them, D-Day wouldn’t have happened… You could list a reel of World War II battles that would have gone the opposite direction had we not had the information [they] provided.”

Hundreds of pilots died on operations and Mr Bowie does not know of any living veterans from these missions.

Tony Hoskins, an aircraft engineer who is campaigning for a memorial, argues the public are largely unaware of the crucial contribution of those who served with the Photographic Reconnaissance Unit (PRU).

He said: “It [performed] one of the most important intelligence-gathering roles of World War II, and yet nobody knows about it.”

A Westminster Hall debate in support of a national memorial, led by Mr Bowie, will be held on Tuesday.

Former defence minister Sir Mike Penning strongly backed the calls for a memorial and stressed the ongoing importance of the reconnaissance work.

He said: “It seems ludicrous to me that we don’t honour very, very brave people… They went up there to save other people’s lives later on…

“I think it would be an excellent idea.”

Boy, 15, jailed for running over and killing restaurant boss with his own car