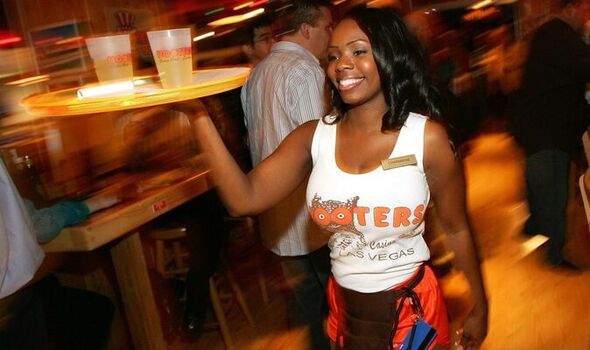 The American restaurant chain, known for its scantily-clad waitresses, has applied to open a bar in Water Street in Liverpool City Centre.

Councillor Maria Toolan has launched a petition against the plans as she accused the brand of being “archaic and chauvinistic”.

The Labour councillor said: “Hooters UK are applying for a licencing application in Water St to run a Restaurant Sports bar.

“The application open to the public is scheduled to be heard on 15th February 2022.

“Hooters is an archaic and chauvinistic brand and this kind type of venue is no longer reflective of today’s society.

“Hooters employs women to promote its business activities in an exploitative manner.

“It demeans and degrades women and undermines female equality.

“We believe it will attract interest from a narrow unwanted demographic and will cause increased anti-social behaviour.

“We have the support of our Mayor, Police Commissioner, MPs and local residents and we hope we can rely on yours.

“Please show your solidarity by signing our petition.”

The petition to Liverpool City Council had been signed by 159 people at 8pm on Wednesday.

She said: “This type of business undermines all the great work which our local organisations are doing to promote the eradication of violence against women and girls.”

Meanwhile, Merseyside Police and Crime Commissioner Emily Spurrell said: “A Hooters bar only works to undermine our efforts to tackle misogyny & the objectification of women.”

However, one resident told GB News that “nobody cares” about proposals for the controversial bar.

They added: “The ridiculous thing about it is there are several strip clubs just around the corner.”

Zara Tindall: The huge decision Princess Anne made for daughter – Zara ‘so pleased’