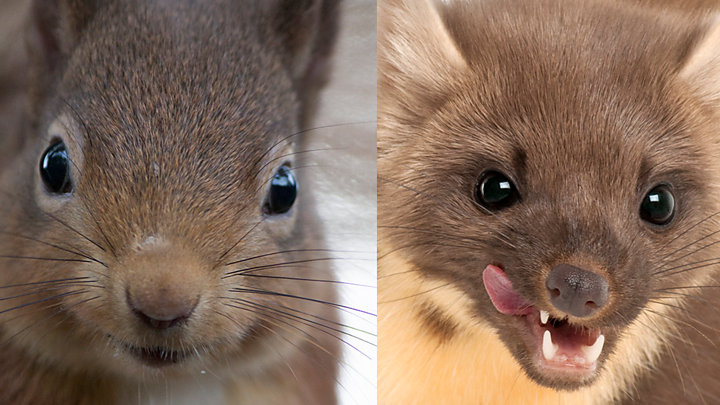 Conservationists hope a boost in red squirrel numbers in areas of Scotland which have high pine marten numbers could also be repeated in Ceredigion.

There were fears their reintroduction at Tywi Forest, near Tregaron, could have a negative effect on red squirrels as they are their natural predators.

And their presence there has made it more difficult to monitor the animals.

But a wildlife trust hopes pine martens will eventually help cut grey squirrel numbers there, as in other areas.

Scientists at the University of Aberdeen carried out a forensic study of the relationship between the three species, and found that in areas where pine martens thrive, the number of grey squirrels are reduced.

This gives the smaller, native red squirrel a competitive advantage.

Pine martens – cat-sized members of the weasel family – were once common in Wales but were thought to be close to extinction by the 20th Century.

In 2015, The Vincent Wildlife Trust relocated a group of 20 from Scotland to Ceredigion and while some have since bred, more groups have also been moved there.

Becky Hulme, red squirrel officer for the Wildlife Trust of South and West Wales, said it was still too early to assess the impact of the pine martens on the Tywi Forest population as their numbers were still small compared with more established areas in Scotland.

She said the forest was also a very different habitat to the other locations, with 15,000 hectares (37,000 acres) of dense small seeded conifer trees, compared to other areas which boast large seeded varieties such as pine trees, which both animals prefer.

There are about 300 red squirrels at Tywi Forest but Ms Hulme said the pine martens’ presence had made them more elusive.

The only way to monitor their numbers is via cameras in nesting boxes, but as pine martens have also been using them, she believes the squirrels are staying away.

She said: “Our red squirrel population is vulnerable and there is a concern they [the pine martens] might have had a negative impact, but we are keeping our fingers crossed.

“Even if there is a bit of predation in the focal site [Tywi forest], we are hoping that because of their impact on the grey squirrels, they may help the red squirrels in our area.

“We are hoping this could be the saving grace of the red squirrel in mid Wales because the alternative is trying to control the grey squirrels.

“But we can’t say it’s definitely going to happen.” 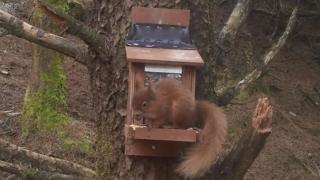