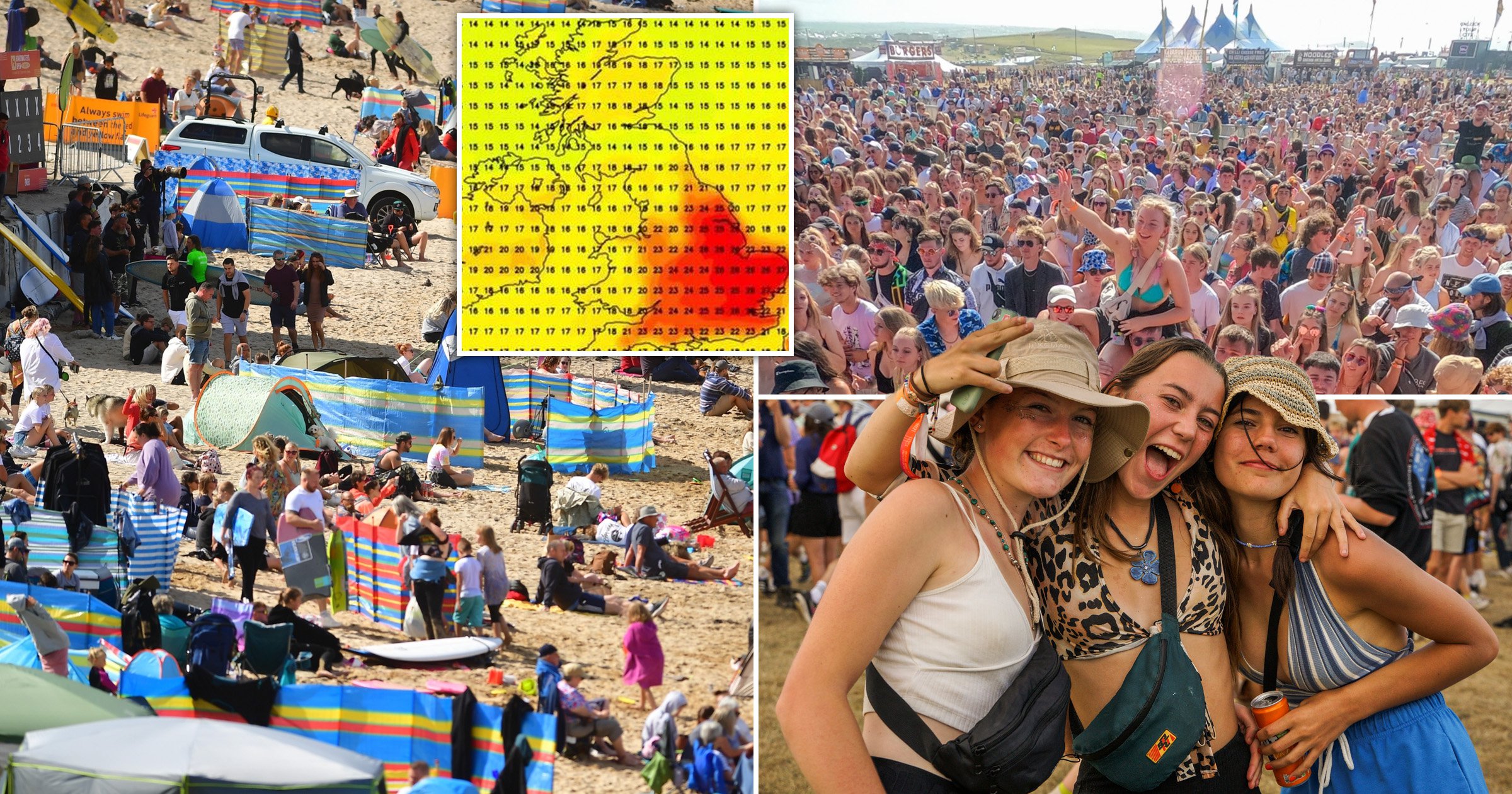 The UK’s summer is likely to return for a final hurrah by the end of August after months of unsettled weather, forecasters are predicting.

There’s an increased chance of warmer than average conditions in late August and early September, according to the Met Office.

The mini-heatwave may coincide with the late summer bank holiday, potentially handing a boost to outdoor attractions after a difficult year.

South-eastern areas in particular are likely to see the best temperatures, with something of a north-south divide likely.

Forecasters say there’s still quite a lot of uncertainty in the forecasts and heavy rain is also possible alongside the sunny spells.

The Met Office’s long-term forecast states: ‘Through late August there is an increased chance of warmer than average conditions.’

It adds: ‘Into early September confidence is very low but a northwest to southeast split is most likely.

‘The northwest may experience more unsettled conditions and at times showers to longer spells of rain may spread southeast to other areas. Temperatures fluctuating around average. Any more prolonged and drier weather would be most likely in the southeast where there is a greater chance of warm spells.’

DTN echoed the predictions in its long-range forecast. It said: ‘Heading into September, the forecast confidence remains pretty low.

‘We think low pressure will return, but the timing is proving tricky to pin down and we may see prolonged dry weather to start out the autumn.’

Paul Knightley, lead forecaster for DTN, said the rest of this week will be fairly cool with a bit of cloud and winds coming in from the north-west.

Rain is expected in parts of the country tomorrow and Thursday but there will also be some drier weather too.

At the weekend, and into early next week, there’s likely to be very wet weather in places as a band of low pressure makes its way across the country.

On the chances of the sun returning in August, Mr Knightley told Metro.co.uk: ‘Through next week, we expect higher pressure across the UK, which should bring some drier conditions to many areas…we should see something of a warm-up too, but I should stress that this is predicated on the positioning of the high pressure area.

‘This will determine the wind direction, and ultimately, whether it gets warmer or not.’

While the UK has seen a mainly wet, unsettled summer, mainland Europe has been experiencing record-high temperatures.

Scientists fear the 47C and 48C heat could become more commonplace during the summer due to climate change.

The extreme heat has caused wildfires in Italy and Greece, leaving several dead while flash floods have also affected Turkey, Germany and Belgium.

Coronavirus resurging in Europe as restrictions ease: WHO