The shocking incident took place on private land near Airdrie, Scotland, in the early hours of Tuesday, July 19. The incident left the animals ‘absolutely terrified’.

After allegedly being beaten and kicked, two Brahma chickens – named Rex and Jock – were believed to have been stolen, sparking fears from their owner that they’re unlikely to have survived their horrific ordeal. Kayleigh Neilson has shared footage of the five men, who are believed to be in their 30s and 40s, and is asking anyone who recognises the voices to contact police. 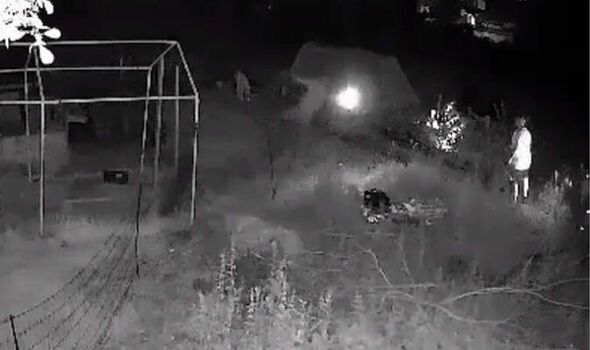 The sickening footage appears to show the animals being chased and abused with their frightened cries echoing through the night as men are heard laughing and talking amongst themselves. One man can then be heard saying: “We’re going on a journey.”

According to the Daily Record, Kayleigh has been scouring the local area for any sign of her beloved pets.

The distressed owner said: “I have done nothing but cry and scream because I can’t unhear their screams of pain and fear. I’m so angry and devastated. They stole my two dark brahma boys and the rest are absolutely terrified of people now. They are a giant breed of chicken so can be very noisy when they want or need to be. 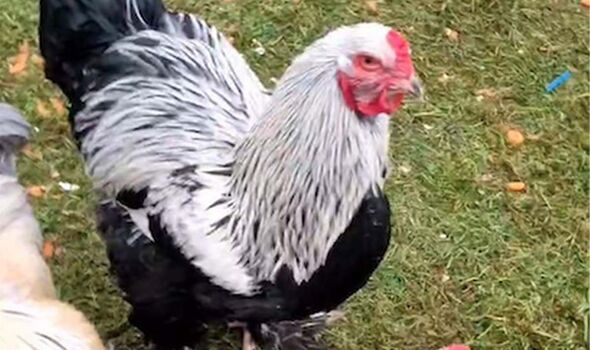 “And without their girls and their flock they will be going crazy. But with how they were being beaten in the video, I highly doubt they will be alive.

“We just want people to listen to the video and see if they recognise the voices of the men. I’ve walked around the village every day just to listen to people’s voices to see if I can pick any of them.

“We’d also like people to keep an eye out in case they’ve been dumped anywhere or if they hear chickens making a noise where there haven’t been chickens before, like in someone’s back garden.

“We have had little run-ins here and there with younger teens just roaming onto the land and letting them out on the run but nothing like this has ever happened before.

“We have involved the police and are looking for people to come forward with information that could lead us to finding the vile people who did this to our boys. Sadly my camera isn’t very clear but the voices can be quite distinct.”

Police Scotland have confirmed they are investigating reports of stolen livestock with enquiries ongoing.