Home » Europe » Horror as boy, 15, dies and girl, 14, left fighting for life after falling into a quarry 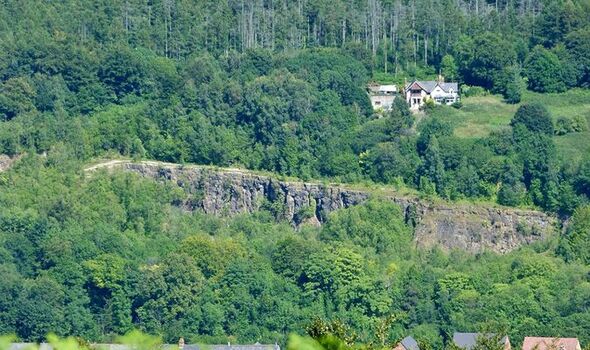 The 15-year-old boy fell near Limekiln Road in Abersychan, Torfaen, on Wednesday evening. Gwent Police said the boy, from Pontypool, died at the scene.

A Coastguard helicopter was needed to rescue the 14-year-old girl, from Blaenavon, from the quarry.

She is now being treated at University Hospital of Wales in Cardiff.

HM Coastguard said the Welsh Ambulance Service asked for assistance at 19:20pm due to the nature of the terrain at the quarry.

A HM Coastguard spokeswoman told the BBC the coastguard helicopter was sent from its base in St Athan and the paramedic was winched down to rescue one of the casualties.

Torfaen council said it was working closely with the leadership team at the boy’s school to provide support for everyone affected.

It said: “Our colleagues from the educational psychology service have been at the school since the start of the day and further support is also on hand from the school counselling service.”

It added that the land is privately owned.

Gwent Police is appealing for information which could assist its investigation.

A spokesman for the force said: “We received a report of an incident in Limekiln Road, Pontypool, at around 6.30pm on Wednesday 6 July, after a boy and a girl fell from the quarry.

“A 15-year-old boy from the Pontypool area was pronounced dead at the scene by paramedics from the Welsh Ambulance Service.

“A 14-year-old girl from the Blaenavon area sustained critical injuries and was taken to the University Hospital of Wales for treatment by the Welsh Air Ambulance.

“The boy’s next of kin have been made aware and are being supported by specialist officers.

Councillor Janet Jones, who represents Blaenavon, said: “This is a tragic incident, and the effects of it will have reverberations throughout the communities of Blaenavon and Abersychan.

Welsh Labour MP for Torfaen, Nick Thomas-Symonds offered his thoughts to those affected by the incident.

On Twitter he wrote: Heartbreaking news. My thoughts are with the family of the young boy who has died and I desperately hope for a recovery for the young girl.

“Our community in the north of Torfaen is in shock-our thoughts are with all at Abersychan School at this awful time.”

Royal tour: Something peculiar was going on during William and Kate’s Pakistan visit