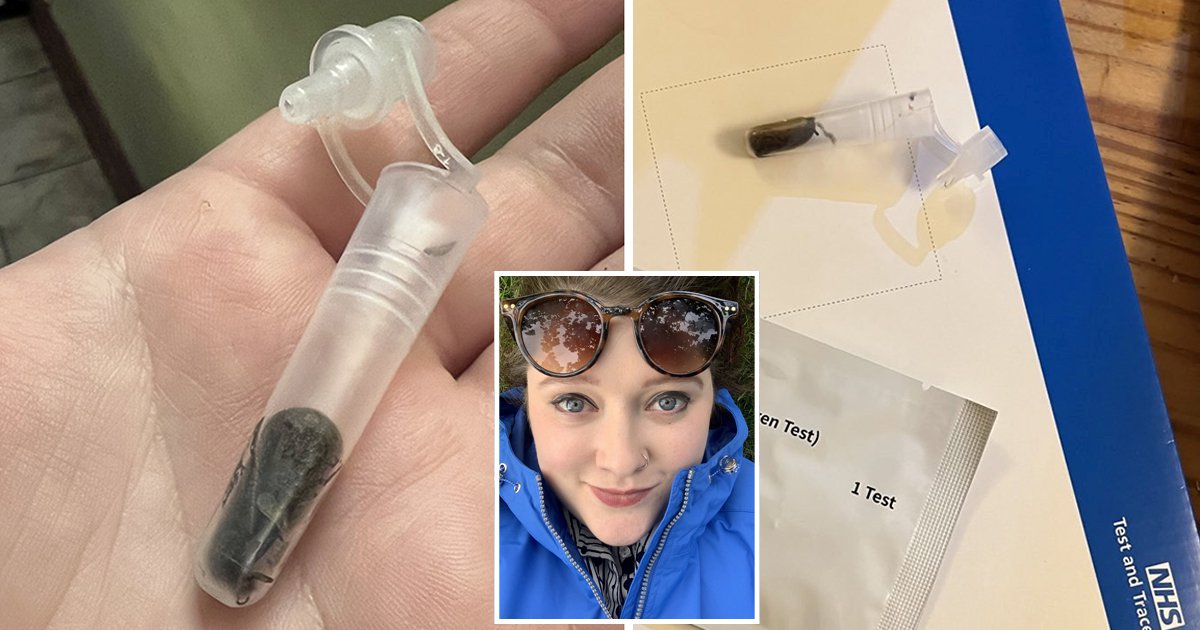 A studio manager was left baffled when they found a slug nestled in one of the tubes used for lateral flow tests.

Sophs Forte, 28, went to test themselves with one of the kits that have become a ubiquitous part of daily life but noticed something small and black in the bottom of the plastic tube.

They quickly realised the unwanted intruder was a small, slimy slug and dashed the whole set of tests in the bin.

Sophs said their first reaction was to yell ‘What the f***, there’s a slug!’

‘I pulled one of the vials and immediately spotted something black – and I quickly realised what it was,’ they said.

‘I shouted to my family but nobody believed it until I showed them. It was just squashed in there – luckily it wasn’t moving.’

Soph got the test kits, which are manufactured by Flowflex and handed out for free by the NHS, from their local pharmacy earlier this month.

They said after the initial shock, they began to see the funny side.

‘As disgusting as it is, I found it quite funny,’ Sophs said.

‘I have no idea how a slug would even have ended up in there – at what point in the production line would that happen?! Well… the slug was declining to answer.

‘I’m not blaming the NHS, they’ve worked hard enough and have a lot on. I don’t know what happened or how. But keep an eye on your Covid tests!’