The victim, who was in her 50s, was found with a stab wound to her chest before being rushed to hospital, where she died a short time later. It is believed a fight had broken out near the pub in Kirkby, Merseyside, and a man and a woman were both stabbed.

The man, who is in his 30s, is currently being treated for several stab wounds.

An investigation is underway and CCTV, witness and forensic enquiries have been carried out.

Officers had searched the scene this morning. 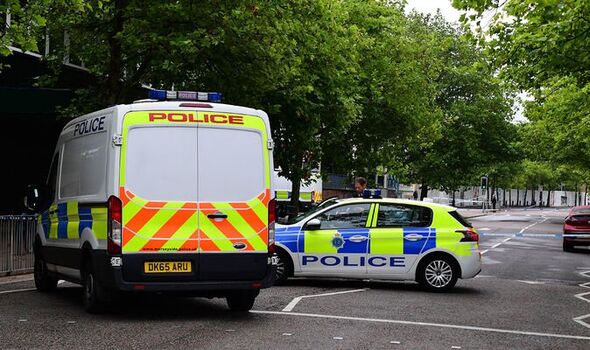 Speaking last night, Detective Inspector Laura Lamping, of Merseyside Police, said: “We are currently in the very early stages of an investigation as we seek to establish what has taken place. We believe there was an altercation which started inside the premises and carried on outside.

“Sadly a woman suffered a stab wound which proved to be fatal. We currently have two people in custody but our enquiries remain ongoing.

“I would ask anyone who was in the vicinity of Cherryfield Drive who saw or heard anything or has any information which could assist the investigation to contact us as a matter of urgency. Information can be passed via DM @MerPolCC or @CrimestoppersUK on 0800 555 111 quoting log 947 of 22 August.”

It comes after a nine-year-old girl was killed by a gunman in nearby Liverpool last night. A manhunt has been launched following the “abhorrent attack” in the Dovecot area.