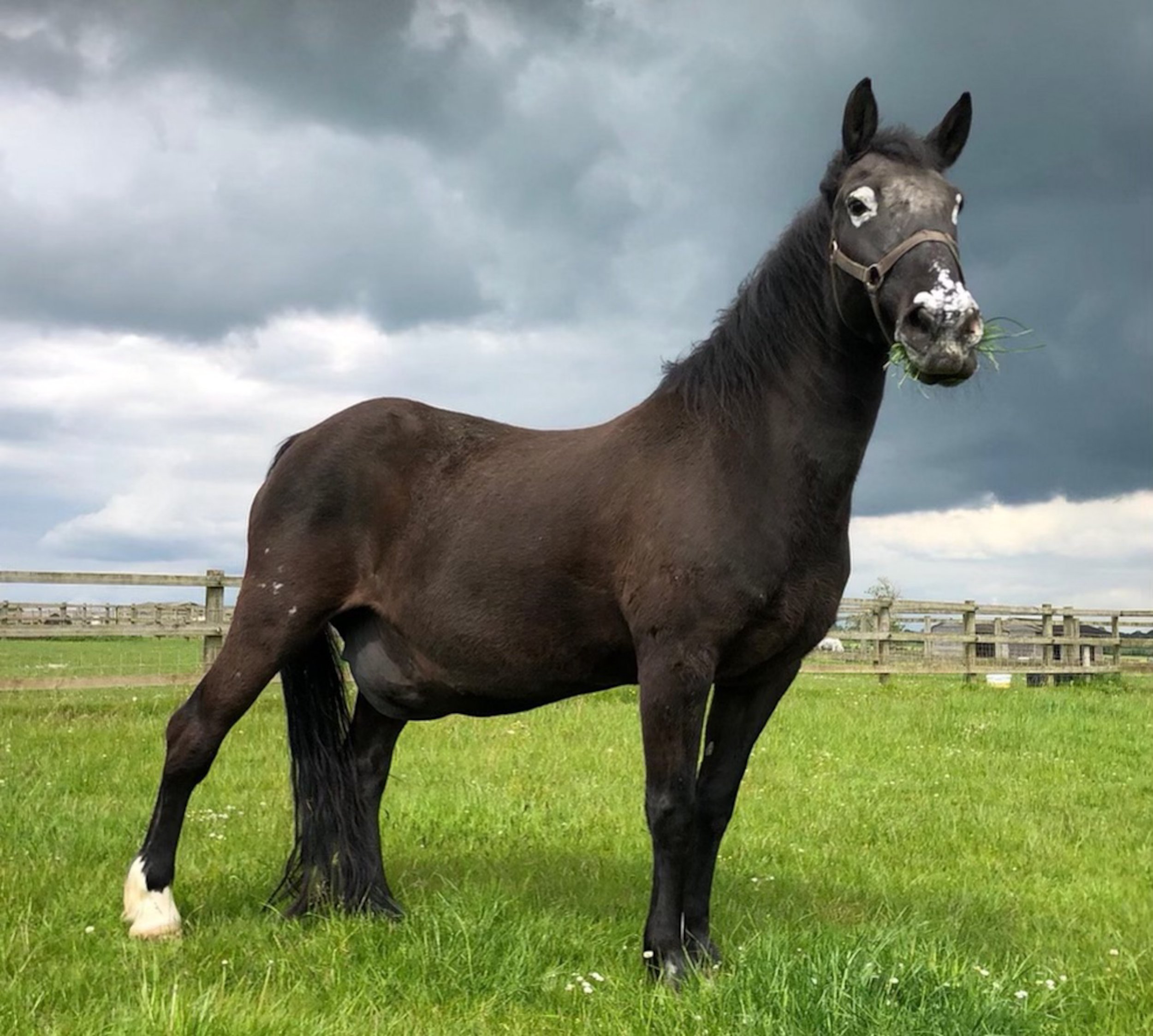 A horse whose over-breeding left her with such bizarre marking rescuers thought she was a COW has finally found her forever home.

Minstral was left suffering with skin condition vitiligo believed to have been a result of over-breeding in horses.

After being left with distinctive black and white markings on her face, like a mask, she was found abandoned in a field by rescuers – where her bizarre condition, coupled with a huge hernia on her belly led rescuers to believe the were being sent to save a cow.

But after being saved from the field in Braintree, Essex, and having one of her eyes removed because of infection, she is now thriving at the ripe old age of 28 after finding a new home at nearby Remus horse sanctuary.

Sue Burton, owner of the sanctuary, said: ‘I first approached her from behind and I thought that she was a cow because the hernia looked like a great big udder, which was the result of overbreeding.

‘From the front, I honestly thought that somebody had painted her, she had complete white circles around her eyes and this lovely patterned muzzle.’

Vets were even forced to remove Minstral’s left eye not long after she arrived, due to an abnormality that resulted in it rupturing.

Despite going through the wars and vets predicting she would not live, Minstral fought through.

The Welsh cob/thoroughbred mix is also the first horse with Vitiligo that Sue had ever seen.

While needing to be given sun cream to help prevent her from being sunburnt when outside it does not affect her in any other way.

Workers at the sanctuary even caught a heart-warming moment of her after a full day of playing in the fields with other horses as she excitedly prepared to tuck into her dinner of hay and water.

It’s typical of the sweet-hearted horse says Sue: ‘She’s been such a joy to look after and is such a character – She’s so kind, you can do anything with her, nothing fazes her. Whether it’s needing to give her injections, worming, having her feet done, there’s usually something a horse doesn’t like but she’s so tolerant.’