Home » Europe » Hosepipe ban END: The areas most likely to come out of a hosepipe ban first

Hosepipe bans prevent people from using excess water during a drought that would put undue stress on local reservoirs. People must ensure they don’t use hoses for any activity, including watering their gardens or washing their cars. Early action should mean early resolution, but the situation will likely get worse before it gets better.

Which areas could come out of a hosepipe ban first?

The UK’s hosepipe bans are tied to the ongoing drought, meaning they can’t end until the country gets enough water.

And in August, which is typically wetter, Britons only saw 44 percent of the average despite occasional severe rain, meaning UK waterways are still not prepared to shoulder additional demand. 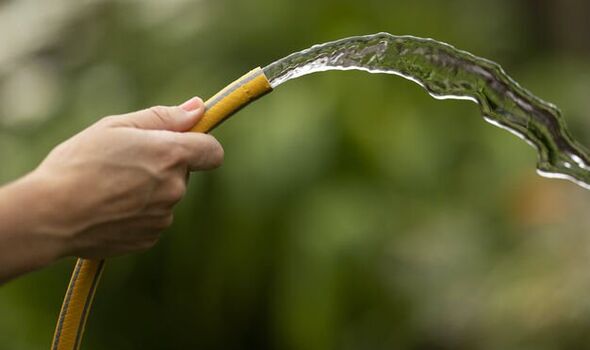 Companies have not said when they will release the bans, but they have outlined the conditions in which they would no longer become necessary.

Thames Water said it would depend on the weather, stating reservoirs require “prolonged and significant rainfall”.

The Met Office has predicted that, between August 29 and September 7, the period will remain “dry and bright” despite a “cloudy and showery start”.

But the agency added that northern parts of the country would receive more rain on average.

During the period and the following two weeks from September 8 to 22, the north and west will see chances of rain and “unsettled weather” increase.

While Welsh, English and Scottish water firms in the northwest have not announced any incoming bans, they may see their supplies replenished earlier.

If the wet weather becomes more widespread across northern England, Yorkshire residents may end up with the shortest hosepipe ban.

Yorkshire Water representatives said the firm would become the next to take action this week.

The firm has said it plans to place northern England’s first hosepipe ban on Friday, August 26.

Brexit warning: How EU pushed Switzerland to go back on referendum result