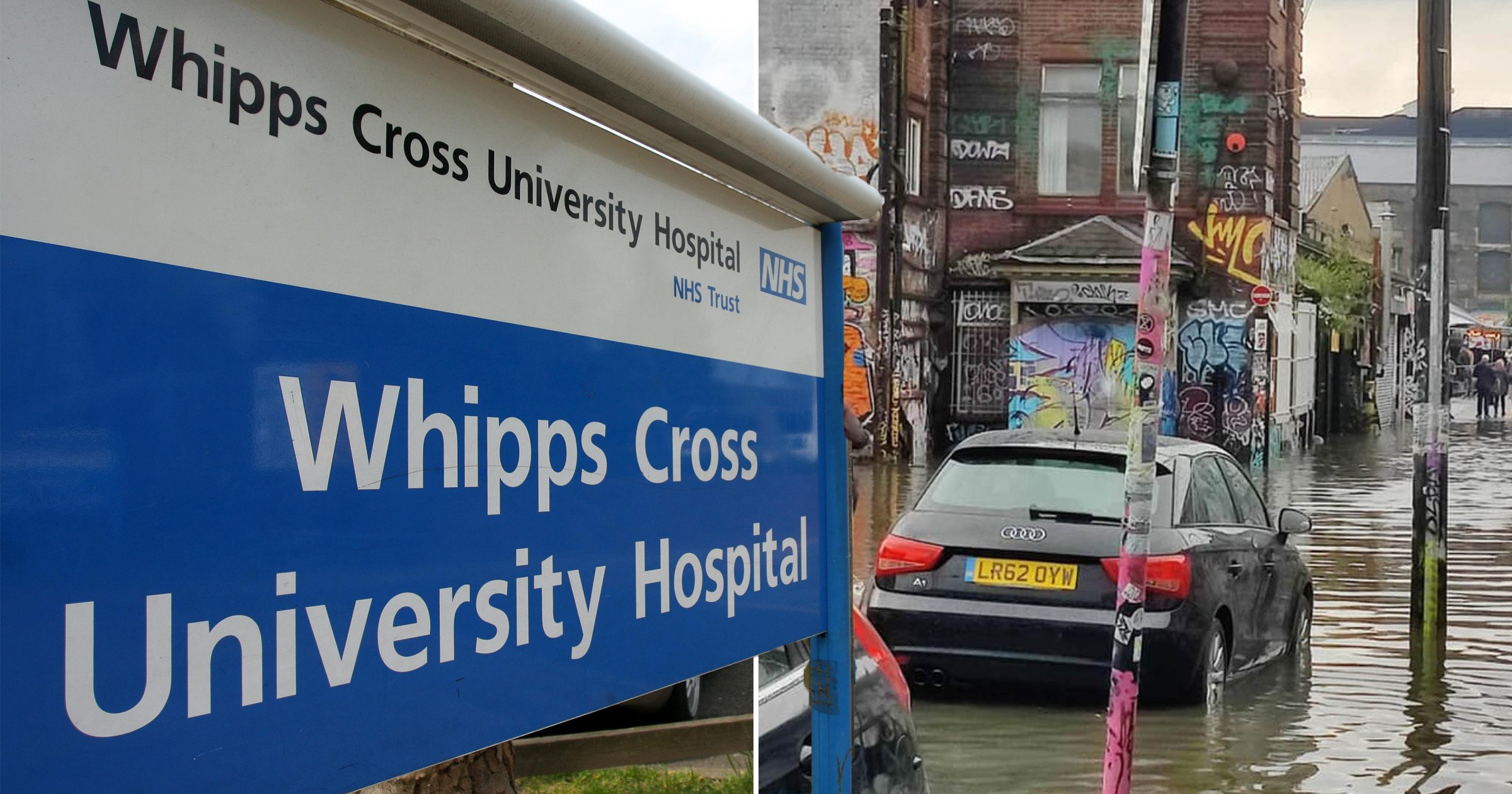 A hospital in east London has cancelled all operations and outpatient appointments after torrential rain battered the capital.

Roads turned into rivers as a month’s worth of rain fell in hours yesterday, leaving cars stranded and tube stations submerged in water.

Extraordinary footage shows a torrent of water flooding a DLR concourse in Stratford, while the London Fire Brigade says it received more than 300 flood-related calls.

Whipps Cross Hospital in Leystonstone declared a ‘major incident’ and urged patients to use other A&Es for urgent care.

A Barts Health NHS Trust spokeswoman for said: ‘We cancelled all planned surgery and outpatient appointments for today, and are diverting ambulances while we work hard to clean up affected areas of the hospital.

‘We are keeping the situation under constant review and will post updates about services as necessary.’

The spokeswoman said Newham Hospital in Plaistow has reopened its emergency department after its flood-hit wards were cleaned.

They added: ‘We are working closely with other hospitals across the Barts Health group to maintain patient care and asking the public to check the latest visiting arrangements for each hospital on our website before coming to any site.’

People living in Wood Street, Walthamstow, were reportedly in waist-high water inside their homes, while drivers on the M11 were said to have been trapped in four feet of water.

Footage also showed cars stranded on the A406 with parts of the road closed and rescue service staff wading through water.

London appears to be over the worst of the weather, although a yellow alert for thunderstorms remains in place for surrounding southern counties until 5pm.