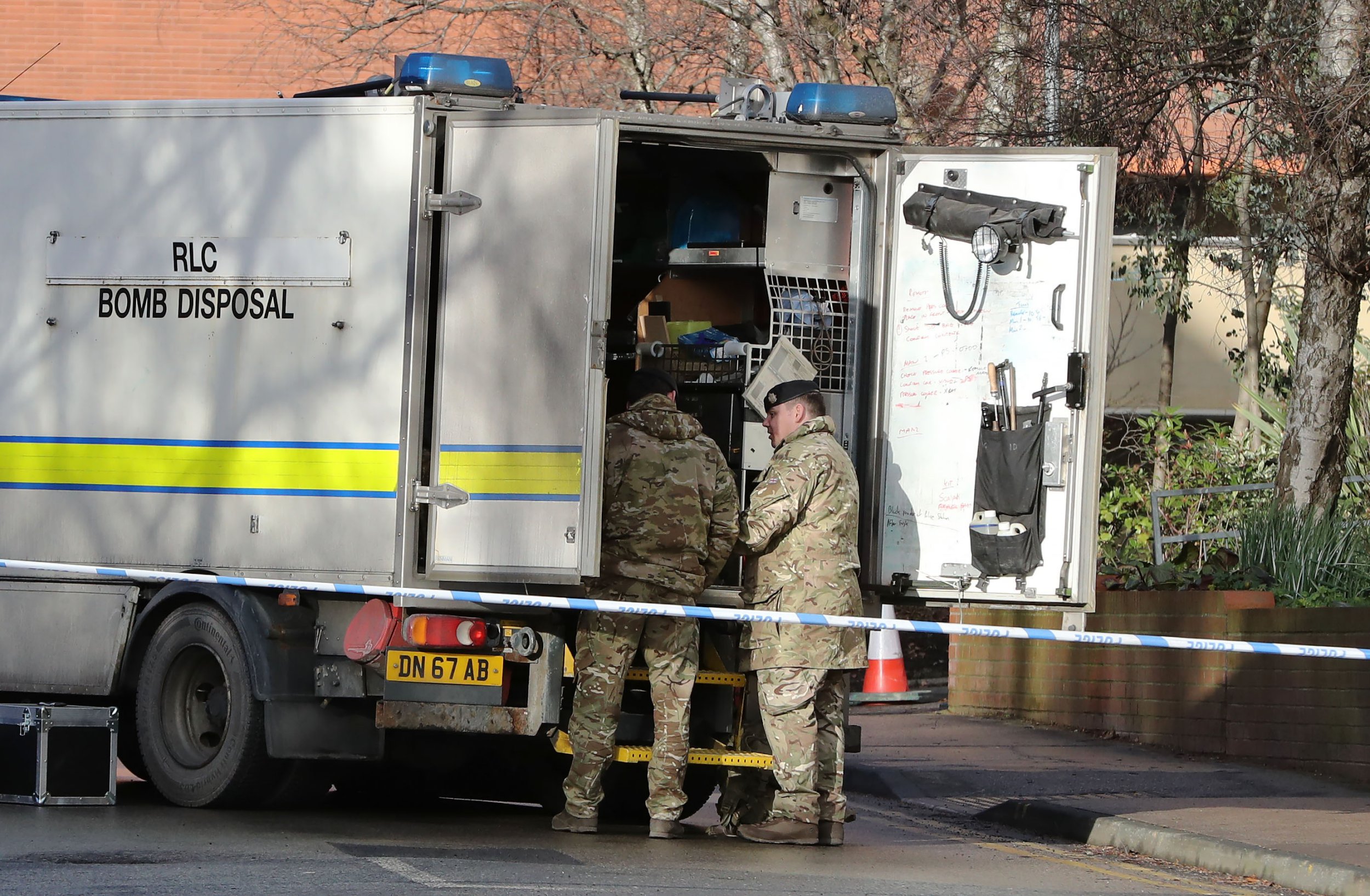 A man has been arrested by counter-terror police after a potentially suspicious package sparked an evacuation at a hospital’s maternity wing.

Emergency services, including a bomb disposal unit, were scrambled to the Gledhow Wing of St James’ Hospital in Leeds on Friday morning.

It is home to the majority of the hospital’s maternity services, as well as some respiratory and bereavement services.

People have been asked to avoid the entrance to the maternity wing while the cordon remains in place, after some ward areas were evacuated to keep ‘patients and staff safe’.

CTP North East said a 27-year-old suspect from Leeds has been arrested in connection with the incident.

In a statement, the Leeds Teaching Hospitals NHS Trust said: ‘A cordon has been put in place as a precautionary measure to ensure public safety and we have been working with the police to evacuate some ward areas to keep our patients and staff safe.

‘Patients are being asked to attend hospital as normal for appointments, unless they are contacted otherwise.

‘Visiting for patients who are currently in Gledhow Wing and Lincoln Wing at St James’s Hospital is suspended until we have more information.’

The trust said the accident and emergency department remains open.

Italy’s Salvini in row with PM over migrant ship