Home » Europe » Hospital on 'lockdown' with police blocking the entrance 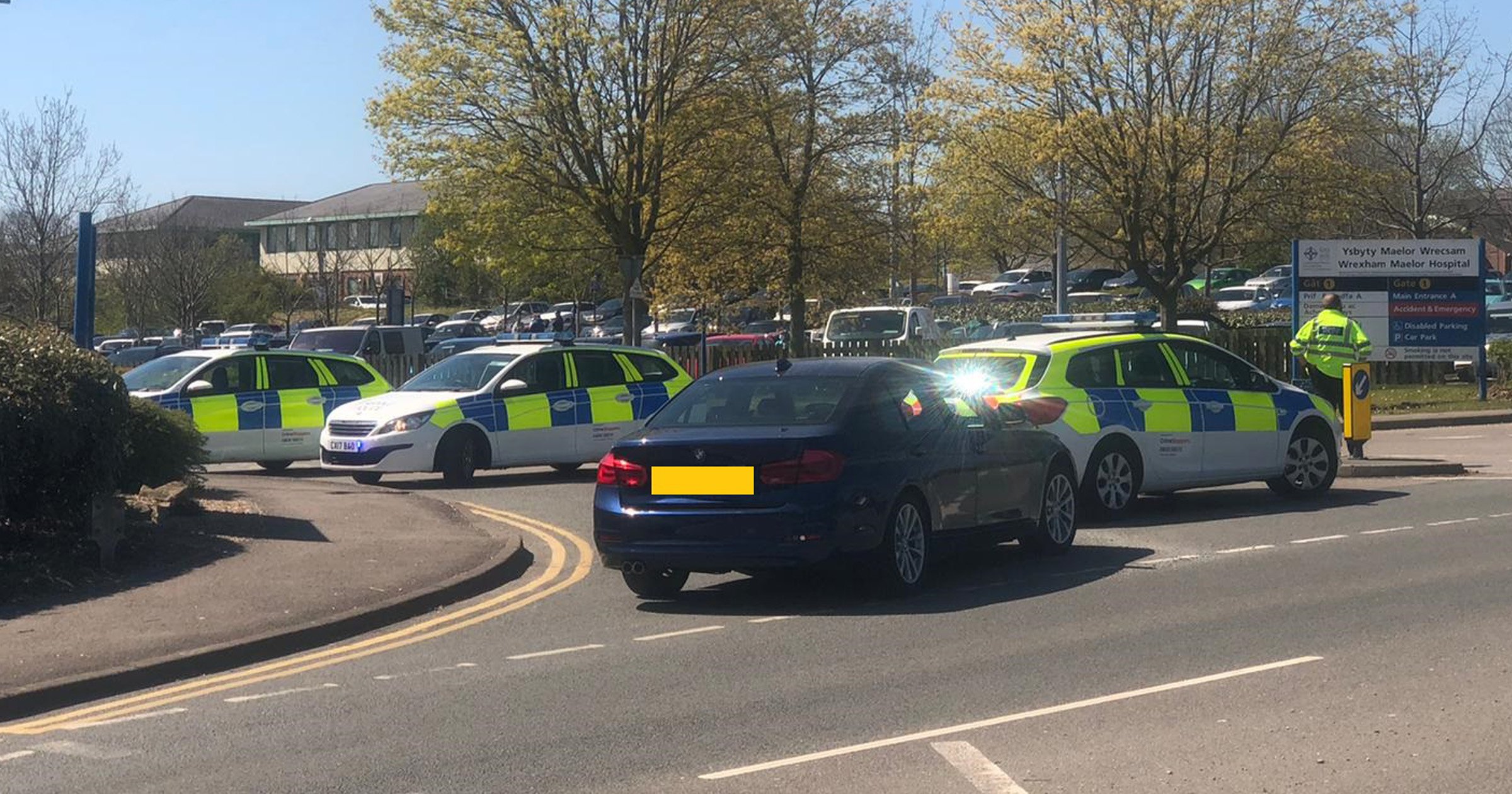 A North Wales hospital is reportedly on ‘lockdown’ due to an ongoing incident.

It is understood that people are currently being told not to enter or leave Wrexham Maelor Hospital, with the road blocked off by police.

Multiple sources have said there has been a bomb threat at the site, according to North Wales Live.

One witness at the scene told the news website: ‘Nobody is allowed in or out of the hospital. It’s in lockdown.

‘If you’re on a ward you’ve been told to stay on the ward.

The nature of the incident has not been confirmed and Metro.co.uk has contacted North Wales Police for comment.

Another witness tweeted the security was stopping people leaving or entering the building and that everyone had been moved from the main car park.

Something currently happening at the Maelor in @wrexham ..not sure what.. Security currently stopping anyone from leaving or entering the building and everyone has been moved away from the main car park ????

Officers are also parked at a nearby Morrisons car park, which backs onto Wrexham hospital.

It appears police are there to prevent access to the site.

Wrexham MP Sarah Atherton has taken to Twitter to urge people to avoid the area while emergency services deal with the incident.

Wrexham Town Inspector, Luke Hughes has confirmed that officers are in attendance at an ‘ongoing incident’ but said at this time there #is no immediate risk to the public’.

Charles coronavirus: Prince of Wales back at desk after cheer from wellwishers