Home » Europe » Hospitals have 13k FEWER patients taking up beds – so why are millions more in Tier 4?

But they are being ovewhelmed by the surge in infections because of a lack of beds and staff, experts said.A freedom of information request to NHS England revealed that on December 22, three days after Boris Johnson introduced tier four for millions, more than 13,000 fewer beds were occupied than the same date in 2019.

The new data suggests a key reason hospitals are struggling is this lack of capacity.

The NHS is meant to keep a tenth of its beds free to create flexibility to admit patients and cope with sudden surges in demand – usually seen in winter.

Over the years this spare capacity has been used each winter and the NHS has been forced to treat patients in trolleys and in ambulances as ward beds have filled.

This year hospitals have been significantly reconfigured to allow for social distancing and infection control.

The FOI data gleaned by the Covid Data Dashboard reveals there are 10,000 fewer hospital beds compared to 2019. 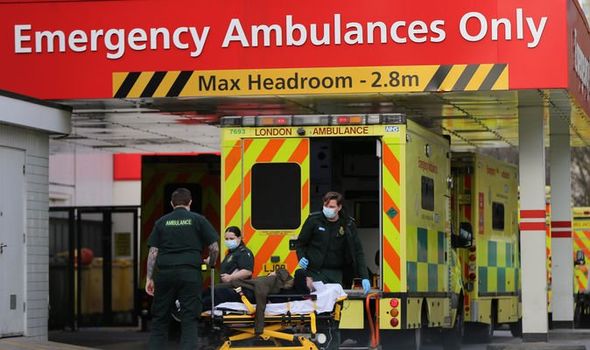 Professor Robert Dingwall, a specialist in public health at Nottingham Trent University said: “Some hospitals always run at 100 percent capacity at this time of year and the NHS has not had spare capacity like other European health systems. The system has run on the edge of a crisis every winter and now that 10-15 percent of beds have been removed from the system the government has run out of luck. We are now paying the price for running on the edge every winter for the last ten years.”

Emily Barley, co-founder of the Covid Data Dashboard, said: “Given that the current crisis in the NHS is caused by reduced capacity, not more patients than usual, the government should resolve it by opening more beds.”

Professor Allyson Pollock, a leading public health expert from Newcastle University said: “We have a lockdown driven by a lack of hospital capacity and this is due to major bed cuts and closures. We are seeing winter pressures – we are not seeing more people in hospitals but a lack of bed capacity causing the problems.”

The FOI data reveals that 10,000 hospital beds have been lost from the system since 2019. This has been largely blamed on the need for infection control.

However the data also shows that up until November – when data on the latest available beds figure is given – the decline in bed numbers was slower than the decline in patients.

The FOI figures revealed that since the start of the pandemic – there has been on average between 15-20 percent fewer hospital beds occupied every day compared with the three year 2017-19 average. 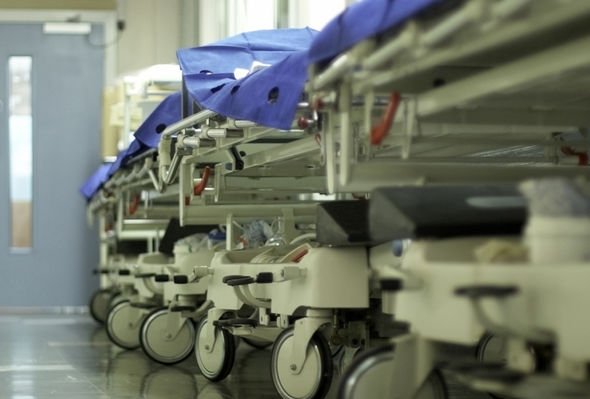 He said: “We have nearly fifty thousand nursing vacancies and this has been growing over the last ten years. The remedy has been to raid other countries to catch up but this will take years. On top of this we patients are sicker so where we need one to one nursing we have 1 to four patients because of the shortfall. What we are seeing is the chickens coming home to roost from years of austerity.”

An NHS spokesperson said: “The huge spike in hospital admissions across Europe is caused by the rapid spread of a new and deadly virus and has been putting hospitals under pressure in countries across the world. The pandemic has meant hospitals having to split services into covid and non-covid zones to protect patients in a way that was not required a year ago, which means some beds cannot be used due to enhanced Infection Prevention and Control measures.

“For example some six bedded bays have to become four bedded, and some wards cannot be used for non covid patients at all. So to compare bed numbers this year with the same time before the covid pandemic is both inaccurate and an unfair representation of the hard work of frontline NHS staff in response to the demands of this new virus.”

‘Brexit is OVER!’ Sadiq Khan attacked over ‘troubling’ EU extension plea – ‘Not his job!’