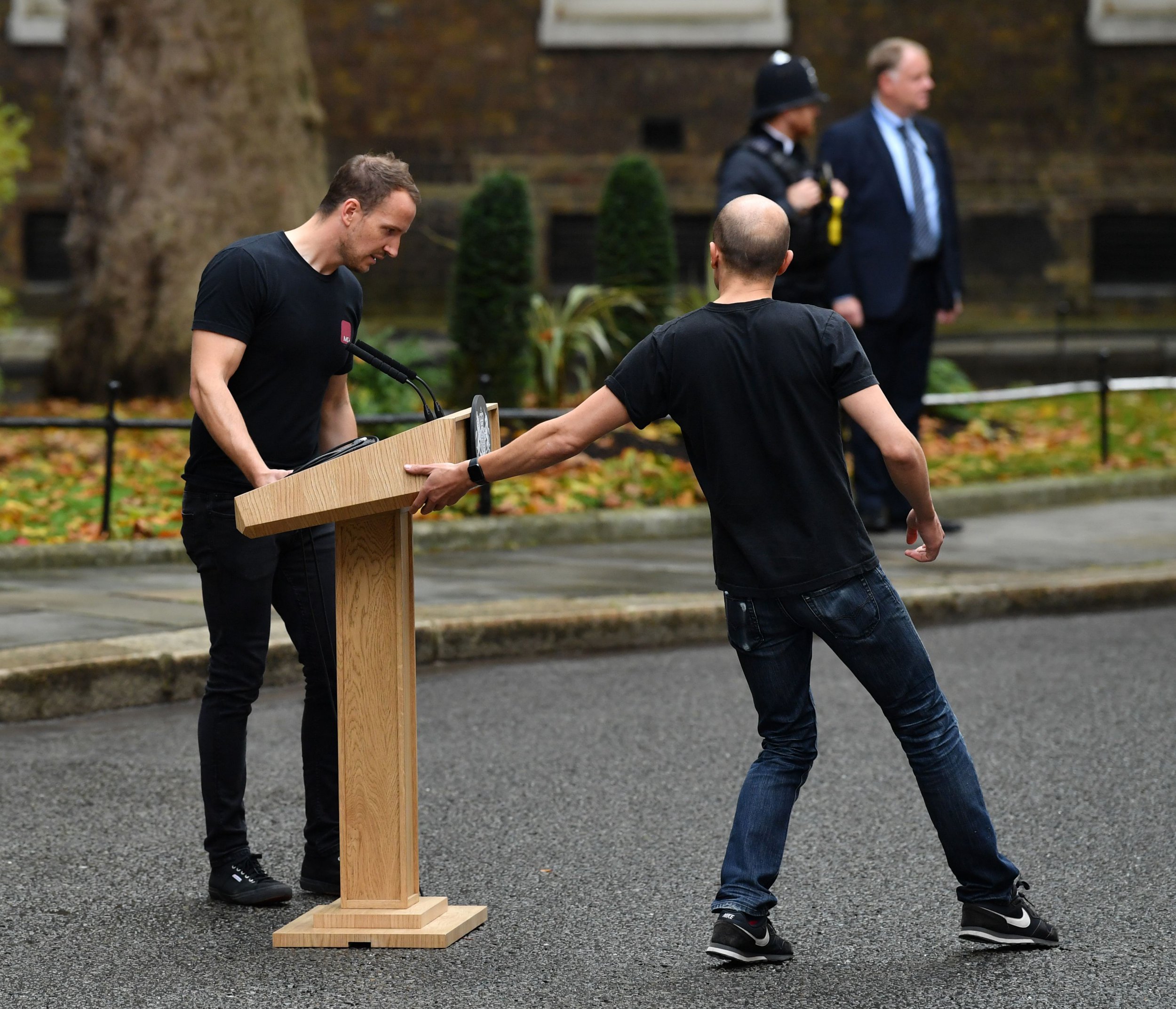 New Prime Minister Rishi Sunak has been given a new lectern – the third one used outside of Number 10 in the last two months.

Each new PM including Boris Johnson, Liz Truss and now Rishi Sunak, have all been given different podiums to speak from.

It means the taxpayer has forked out for four different designs in the last six years.

The podium used by Liz Truss earlier today was compared to a Jenga tower – with a funky light wood design.

But it will now be sent to the chipper after only being used a handful of times.

David Cameron opted for a curved lectern in light-coloured varnished wood, Theresa May for a more traditional design in stained cedar wood, while Boris Johnson used a presidential style in dark wood favoured by US politicians.

New Labour, by contrast, deployed a rather down-at-heel lectern on wheels that was used by Gordon Brown and Tony Blair.

We got the first glimpse at the lectern to be used by Sunak today, as he made his first speech as the PM.

Viewers were also delighted at the return of ‘hot podium guy’ who brough out Sunak’s podium to the joy of those watching.

The sound engineer, whose name is Tobias Gough, has gained a dedicated fanbase after being spotted on TV helping to set up the lectern outside No 10 Downing Street on several occasions.

Several expressed their disappointment over his absence last week – but never fear, as he was back today to position the podium ahead of Ms Truss’ farewell speech to the nation.

Witness saw Ana 'laughing and joking' with Boy B