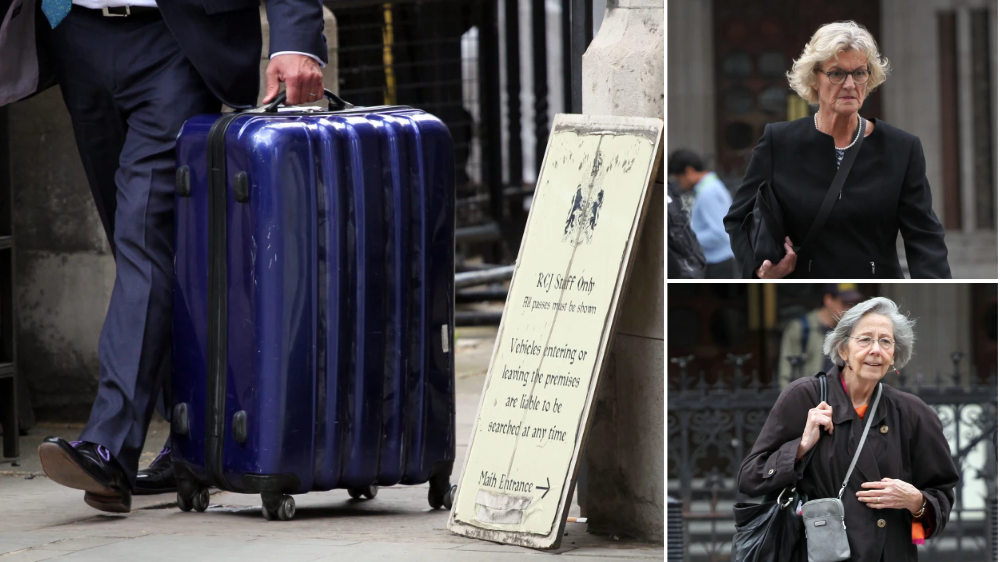 A luxury hotel owner has triumphed in a ‘completely mad’ 29-year battle with her family over an old suitcase full of photos that belonged to her dead mother.

Judith Andersson, 76, and her brother Tim’s widow Diane Ward, 77, racked up £70,000 in legal fees despite the pictures and papers – wheeled into court in the blue case – having ‘no monetary value’.

Both laid claim to the archive of the family, which founded Jerusalem’s American Colony Hotel, a magnet for celebrities including Lawrence of Arabia, Winston Churchill and Bob Dylan.

Following Frieda Ward’s death in west London in 1993, the trove ended up in the hands of Tim Ward. But after he and Ms Andersson’s other sibling John both died within a month of each other, she sued Ms Ward and her son, as executors of his will, for the archive.

Ms Andersson, who now lives in the US, told Central London county court: ‘It was specifically anticipated that the last one of us remaining alive would hold the archives.’

And her barrister Oliver Ingham said the suitcase is an ‘invaluable repository of her family history’.

Handing victory to Ms Andersson, Judge Mark Raeside KC said the photos had been held by Tim Ward on trust for all three siblings and it was now ‘Judith’s time to benefit from them’.

After a case previously described by another judge as ‘completely mad’, he ordered Ms Ward and her son Peter to foot the £70,000 legal bill. But after Ms Andersson’s death the case must be returned to Ms Ward and her son, ‘and therefore come back to its proper home’.