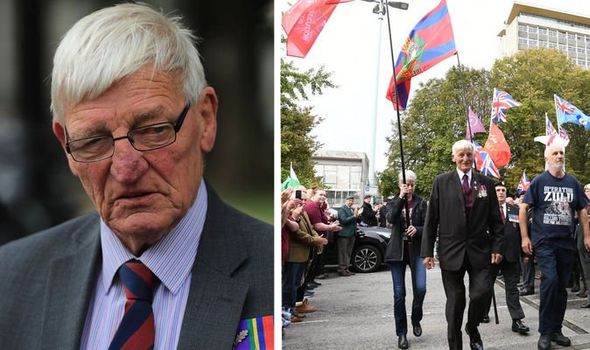 They accused ministers of betraying former soldiers who served during the Troubles and claim politicians are attempting to “whitewash” the IRA’s role out of the conflict. Today the Overseas Operations Bill is set to become law, protecting veterans who saw action on foreign soil from vexatious prosecution. But it does not extend to soldiers who fought the IRA in Ulster – which Mr Hutchings’ lawyers say adds another “discriminatory” layer.

They have written to the Government seeking its consent to take his case to the court in Strasbourg.

The move was revealed as two ex-soldiers, known as A and C, are due to go on trial in Belfast today for the alleged murder of IRA terrorist Joe McCann.

They added: “Kowtowing to those who would seek to whitewash the IRA’s role in the history of the Troubles, it has failed to do so.”

Former soldiers are up to 54 times more likely to face charges than Republican paramilitaries. 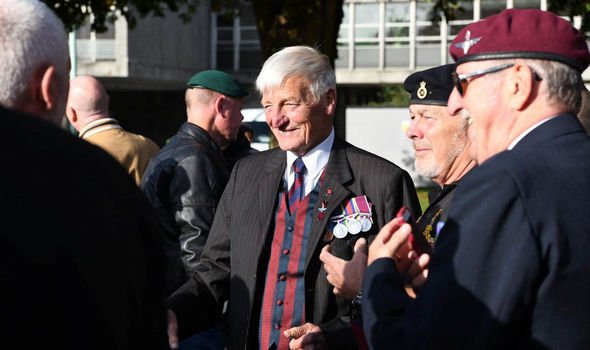 Last week Johnny Mercer resigned as Minister for Veterans on the issue. He will be in Belfast today to support former paratroopers A and C.

Mr Hutchings, 78, said yesterday: “The Government has let us down. It always has. Promise after promise has been broken. We just can’t wait any longer while the human rights of those who fought to protect this country’s security are trampled over. It’s time to let the courts decide.”

Mr Hutchings, who is seriously ill, is facing charges relating to the death of John Cunningham in 1974 – despite being cleared three times.

Mr Cunningham, 27, who had a mental age of between six and 10, was shot as he ran away from a patrol. Mr Hutchings, who was in command, is accused of attempted murder and attempted grievous bodily harm. He is due to go on trial in October.