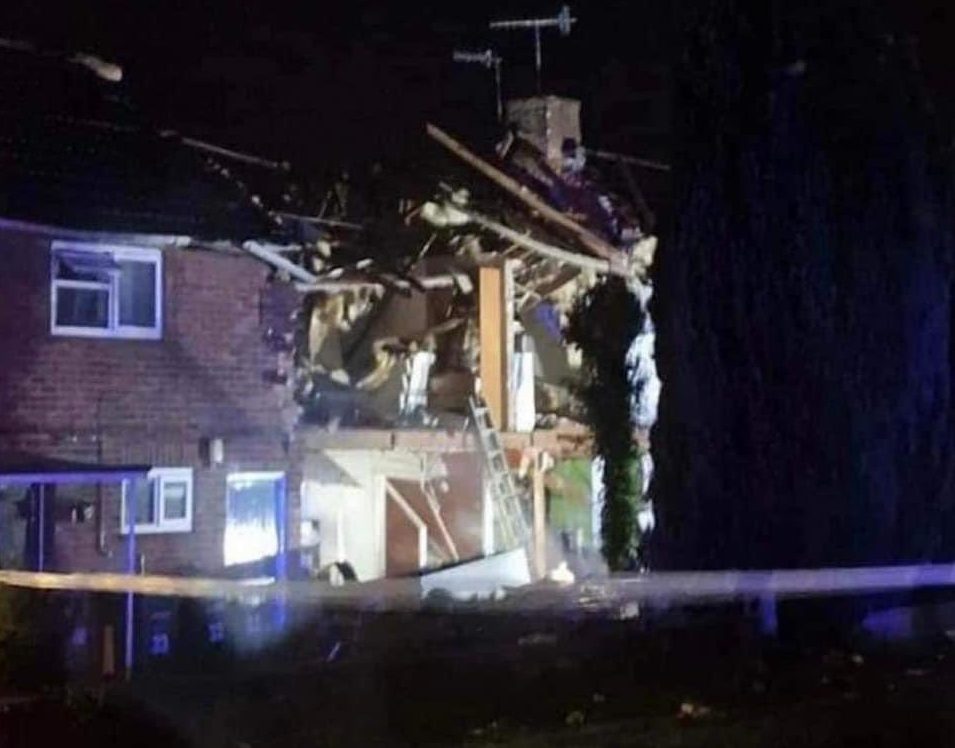 Four people have been injured after a suspected gas explosion in Evesham, Worcestershire.

Emergency services were called to the incident on Hemmingway shortly at 5pm.

Five neighbouring homes have been evacuated as a precaution.

West Mecia Police tweeted: ‘Emergency services are responding to a suspected gas explosion at a home on Hemmingway in Evesham, Worcestershire.

‘We’re asking you to stay away from the area whilst we respond, and we’ll update you with more as soon as we can.’

One witness told the Evesham Journal: ’There was a massive bang and the whole house shook, I thought my roof had come off or something.’

One casualty was taken to the Queen Elizabeth Hospital in Birmingham while two other adults were rushed to Hereford County Hospital.

A fourth person is being treated by paramedics, West Mercia Police added.