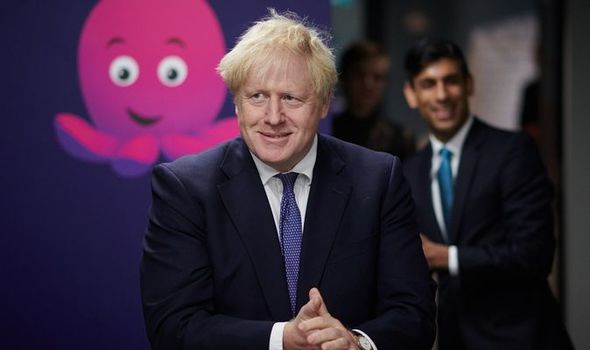 Soaring energy costs and tax hikes will hit hardest in April and make 2022 the “year of the squeeze”, according to the Resolution Foundation. And real wages will scarcely top today’s by next Christmas, the think tank says. It is now calling on Chancellor Rishi Sunak to act to ease the pain. Foundation chief executive Torsten Bell said Covid variant Omicron would be at the forefront of everyone’s minds in the new year.

But he added: “While the economic impact of this new wave is uncertain, it should at least be short-lived. Instead, 2022 will be defined as the year of the squeeze. The overall picture is likely to be one of prices surging and pay packets stagnating. In fact, real wages have already started falling and are set to go into next Christmas barely higher than they are now.”

The majority of energy bills are expected to rise by around £500 in April when the price cap is adjusted again. Customers also face a £100 rise to cover the costs of energy firms going to the wall. At the same time National Insurance (NI) will increase by 1.25 percent to boost the NHS and social care systems – battered by the pandemic.

Low-income families will be hit hardest by the sky-high bills. They spend more of their income on energy – currently 8.5 percent and expected to jump to 12 percent. At the other end of the scale, wealthier people will suffer from rising tax bills.

Income tax threshold freezes combined with the NI hike will cost each household around £600 – and that will climb to an average £750 for families on higher incomes. It means the typical blow to households will add up to about £1,200 come spring.

Mr Bell said: “The peak of the squeeze will be in April as families face the hit from soaring energy bills and tax rises. So large is this overnight cost-of-living catastrophe that it’s hard to see how the Government avoids stepping in.

“Top of the Government’s New Year resolutions should be addressing April’s energy bills hike, particularly for the poorest households who will be hardest hit by rising gas and electricity bills.” Raging inflation will also swallow households’ money. It is predicted to peak at six percent in spring, its highest level since 1992.

Real wage growth was flat in October and the foundation believes it almost certainly started falling last month. It says salaries are unlikely to start growing again until the final quarter of 2022. Researchers say real-term wages are on course to be just 0.1 percent higher at the end of 2022 than at the start.

By the end of 2024, they are set to be £740 a year lower than if the UK’s pre-pandemic pay growth had continued. The think tank has urged Mr Sunak to make energy bills his top priority. It suggests reducing the price cap rise – then compensating suppliers for six months. A £200 reduction would cost around £2.7billion, or £450million if focused on lowerincome households getting Universal Credit.

It also suggests extending the time taken to recover the costs of failed energy firms to reduce the associated £100 surcharge. Additionally, the foundation called on the Government to look at moving environmental and social levies added to electricity bills over to general taxation. It estimates this would save £160 a year.

Energy bosses held talks with Business Secretary Kwasi Kwarteng on Monday to discuss the problems. They are understood to have pushed for tax cuts and a relaxation of green levies. Regulator Ofgem’s price cap, which changes twice a year, limits firms in what they can charge their customers.

The cap is currently £1,277 a year for the average household. But energy consultancy Cornwall Insight warned that by next October it could be as high as £2,240. About two dozen suppliers have folded, with more expected to follow. The Government says it is providing billions to help, including winter fuel payments to more than 11 million pensioners.

It said the price cap mechanism would remain throughout 2022 and urged customers to stick with their current energy suppliers. A spokesman said: “We know people are facing pressure with the cost of living, which is why we’re taking £4.2billion of decisive action to help.

“It includes reducing the Universal Credit taper – a tax cut worth over £2billion – supporting households through the energy price cap, the warm home discount, winter fuel and cold weather payments, and household support fund, as well as freezing alcohol and fuel duty.”