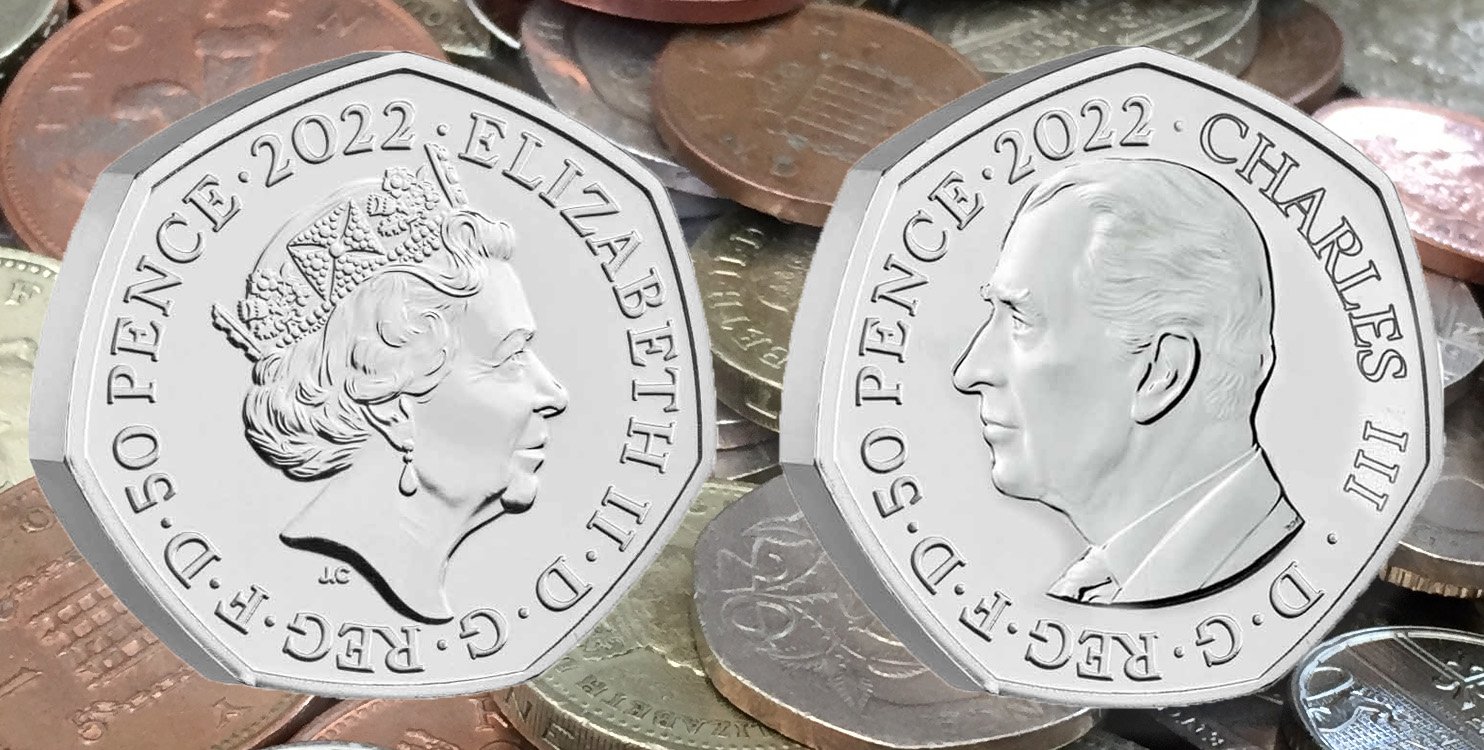 The country will see several subtle changes now Charles is King – and one major difference will be what our coins look like.

The Queen will be replaced by King Charles III on coins and it is thought he will face to the left, rather than to the right like the previous monarch.

But these changes will not happen overnight and will take years, as coins of the Queen will gradually be removed from circulation.

Coins showing the Queen were not released until 1953 – a year after her coronation.

A day for when coins of Charles will come into circulation has not yet been announced, and those of the Queen will remain legal tender in the meantime.

The reason why Charles will face the other way comes from a tradition in the 17th century which said successive monarchs should face in alternate directions.

Until British currency was decimalised in 1971 it was common to find multiple monarchs – facing both ways – in a handful of change.

Now new coins and notes will be minted or printed, and then the Royal Mint advisory committee must send recommendations for new coins to the chancellor and obtain royal approval.

Designs will then be chosen and final ones will be approved by the chancellor and then the King.

Commonwealth countries like Canada, New Zealand and Australia all use the Queen’s face on their currency, because they are former colonies of the British empire.

The Queen was the first monarch to feature on Bank of England banknotes.

Bank governor Andrew Bailey said: ‘It was with profound sadness that I learned of the death of Her Majesty The Queen.

‘On behalf of everyone at the Bank I would like to pass on my deepest condolences to the Royal Family.

‘For most of us, she is the only head of state we have ever known, and will be remembered as an inspirational figure for our country and the Commonwealth.’

A further announcement regarding notes will be made once the period of mourning has been observed.

Other subtle changes in everyday life will include the Queen’s face being swapped with a picture of Charles on stamps, and pronouns being changed in passports to reflect ‘His Majesty’.

The Queen’s cypher is on displayed on post boxes across the country, except for in Scotland. EIIR stands for ‘Elizabeth II Regina’ – Regina meaning Queen in Latin.

It is unlikely these will change unless new post boxes are installed with Charles’s new cypher engraved on them.

But the King’s cypher will be replaced on government buildings, uniforms and royal or state documents.