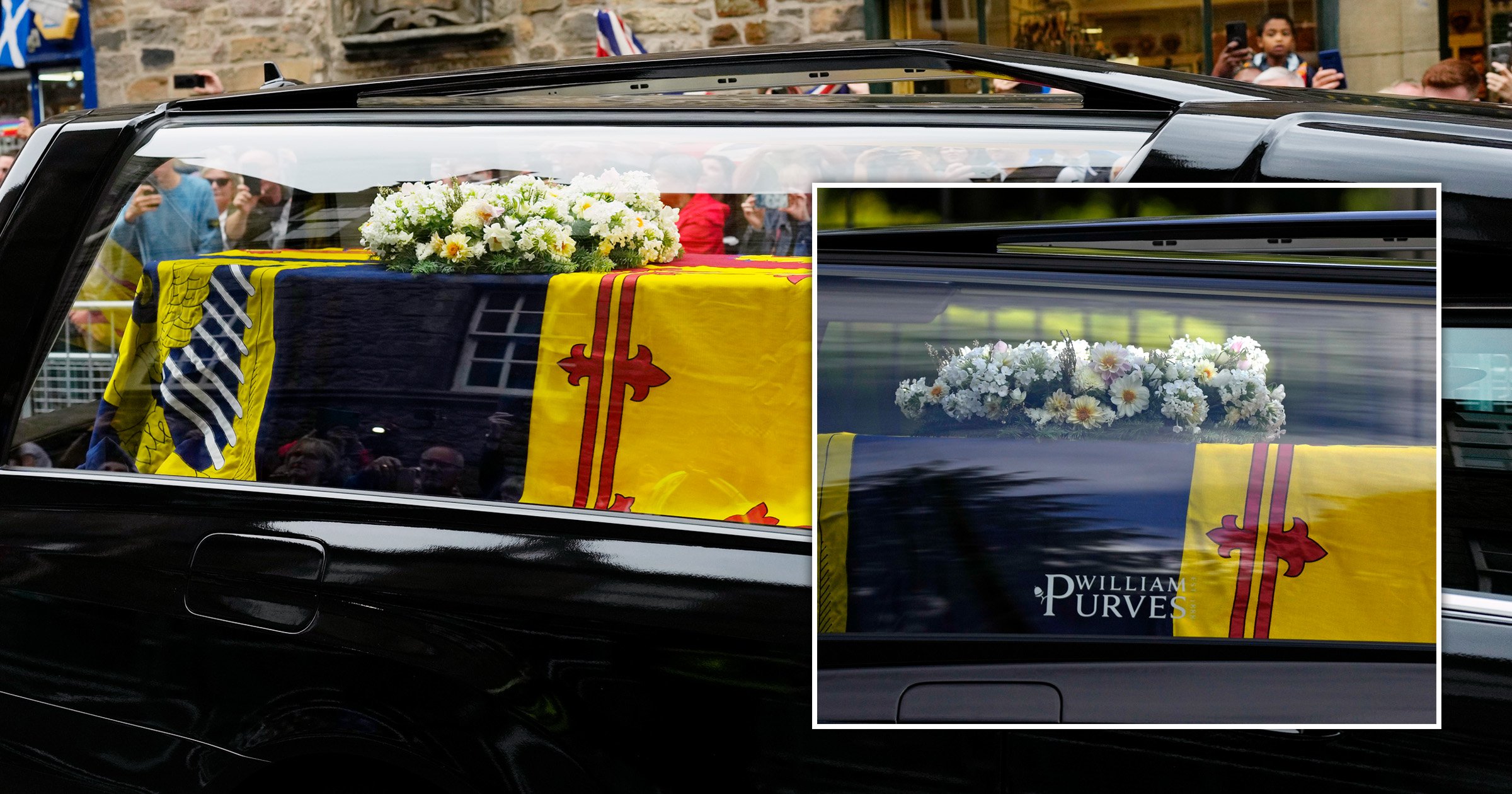 The undertaker driving the Queen’s coffin removed its logo from the side of its hearse after it got too much attention, it has been confirmed.

Her Majesty’s body was driven from Balmoral to Edinburgh on Sunday by funeral directors William Purves.

Mourners lined up along roads in towns and villages to pay tribute as the hearse made its slow six-hour journey through the country.

But things got distracting when some eagle-eyed Scots noticed a William Purves sticker in the window of the polished, black vehicle.

So many people took to the internet to look the business up that its website crashed, with a bad gateway error message showing up for anyone trying to access it.

The company logo had mysteriously vanished off the side of the hearse by the time the coffin got to the Palace of Holyroodhouse in the Scottish capital yesterday afternoon.

William Purves told Metro.co.uk it decided to remove its sticker at the hearse’s first scheduled stop after the public’s interest in the company became clear, because ‘the focus should be on Her Majesty, not us’.

Some had criticised the undertakers for ‘getting an advert in’ at such a solemn time for the country.

But others were excited to know the same Scottish company which had organised their parents’ funerals oversaw arrangements for the great monarch.

Her body will be moved to the nearby St Giles’ Cathedral this afternoon, where King Charles and other Royal Family members will take part in a procession and service to receive Her Majesty.

The people of Scotland will then be able to pay their respects until the coffin is flown to England tomorrow.

Today is the third official day of the current national mourning period, which will end on the day of the state funeral on September 19.