Home » Europe » How maths can help you win a fantasy football game, according to Oxford professor 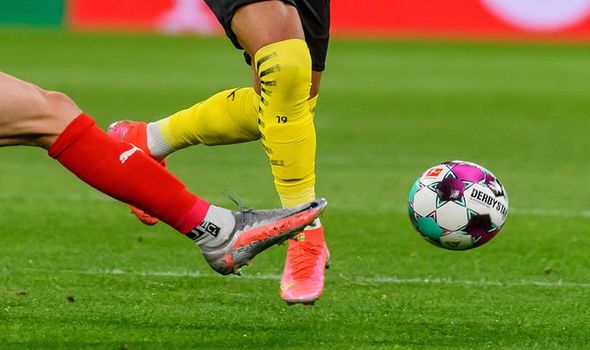 Fantasy football is a competition where you can select imaginary teams from players in a league and earn points based on the actual performance of the players selected.

If you have ever thought of yourself as the next football manager and think you have what it takes to succeed, you can try your luck virtually with fantasy football.

The fantasy Premier League takes place every single year and around seven and a half million people compete. It’s a pretty big deal and very popular amongst football fans.

A Youtube video was uploaded by Oxford mathematician Joshua Bull and in the video the why in which maths can help you win is explored. You can watch Joshua’s video here.

Joshua was lucky enough to win the competition last year, and is often asked if it was his maths skills that helped him to win.

In the game, you begin with a budget of £100million and using that, you choose a team of 15 players. A rule is that you are only allowed to select three players from each club – no more – and then every week you choose 11 players that you think will do best. These players score you virtual points based on their real game performances.

In the video uploaded by Joshua, he touches on a few different areas to help with success. These are team strategy, transfer strategy, form over fixtures and captain strategy.

Choose 5-6 players and cheap fillers for bench substitutions. Formation is also really not a factor.

Remember form over fixtures and transfer out the underperformer over transfer in last week’s best performer.

Fixtures over form, and if it’s a tie, home over away.

In the process to his win, Joshua wasn’t writing down any complex equations, although he was still thinking mathematically.

Speaking to the University of Oxford blog Joshua said: “You can apply the exact same logic to fantasy football. So, you’ve got all of this data out there and you want to know how making your team choice is going to impact on your points.

“That’s the kind of thing that you can quite happily model mathematically. These are the things I was thinking about, even if I wasn’t writing down equations.

“Some people actually are writing algorithms for fantasy football though, with some being more successful than others.

“All the teams play once and then you can make transfers. You can only make one or two changes per week. If you want to make any more than that it starts costing you points – you have to pay a forfeit.

“So, there’s a real optimisation problem where there are players you might want to bring in, but it’s not necessarily easy to say ‘I want them in my team, so I’ll get them in my team.”

In the end it is really all about asking yourself whether you want to pick very few expensive people or have less of those expensive players and more of a balanced team – which is basically a bit of a maths problem.