One of the most obvious, and effective, methods of keeping you and your house cool is to use a fan or air conditioning unit. However, with energy bills at an all-time high, and the country in the middle of a cost of living crisis, many people may be wondering how much it costs to leave a fan running?

This week, the Met Office declared a national emergency by issuing its first-ever red warning for extreme heat, and weather forecasters issued an unprecedented level 4 alert for both Monday, July 18, and Tuesday, July 19.

The Met Office warned that the heat would create a “potentially very serious situation” as temperatures continue to soar to record highs.

In the alert, forecasters said the “exceptional hot spell” would trigger “widespread impacts on people and infrastructure” and warned the extreme heat could lead to “serious illness or danger to life”. Nights are also likely to be exceptionally warm for the UK, especially in urban areas. This is likely to lead to widespread impacts on people and infrastructure.

“It is very likely that there will be a risk to life, with substantial disruption to travel, energy supplies and possibly widespread damage to property and infrastructure. You should avoid travelling, where possible, and follow the advice of the emergency services and local authorities.” 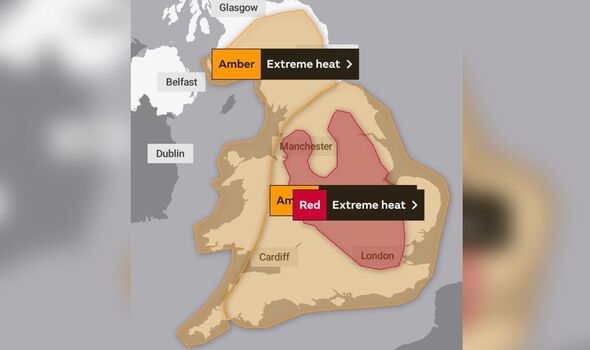 To help combat the heat, people are likely to use fans and air conditioning units. However, this might be a costly option for those already feeling the strain of rising energy prices, and the ongoing cost of living crisis.

First of all, the amount of electricity a fan uses overnight will depend on what type of model you have, as well as the levels of power needed to run it. For example, smaller fans are likely to use around five watts of electricity, while big ones could use close to 100 watts.

The typical 120w pedestal fan costs around 3.4p an hour to run on average, according to Uswitch. This will obviously add up over time, as leaving a fan on between 10pm and 8am will cost an average of 33p in energy costs. Keeping it running like this for a week would end up costing about £2.35 – 75p more than last summer. 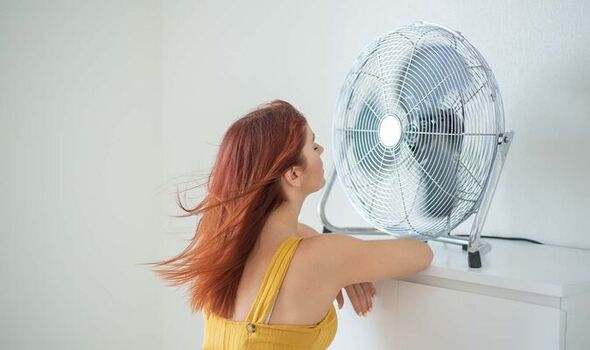 Another option, a portable air con unit costs around 28p an hour in energy costs. Again, this totals about £19.60 if you use it every night for a week.

Other methods of keeping cool could include opening bedroom windows at night, sleeping without bedcovers, sleeping in separate beds, and switching to a duvet with a lower tog rating. You could also create a DIY AC unit by putting a bowl of ice in front of a fan, so that it blows cold air around the room.