Prince Harry has attended hundreds of engagement throughout his young life, either with other members of the Royal Family – notably Prince William, Kate, and Meghan Markle – or alone. But his first solo tour abroad became a source of “concern” and “worries” in high places, with Government officials and Buckingham Palace fearing Prince Harry would not be able to “cope” with some of the more “sensitive aspects” that come when representing the British Royal Family and the UK abroad, according to royal expert Duncan Larcombe. The royal was asked to tour the Caribbean in early 2012, when he was 27, as part of the Queen’s Diamond Jubilee celebrations.

By then, Harry had already earned the loathed title of playboy and party-goer, raising fears between officials Harry would involuntarily spark “controversy” abroad.

Mr Larcombe, author of Prince Harry: The Inside Story, wrote in his biography: “As ever, this tour had been carefully arranged by the palace and the British Foreign Office.

“Every conversation, handshake and official walkabout would be scrutinised to see if the so-called playboy prince would be able to pull off the serious business of representing his country. 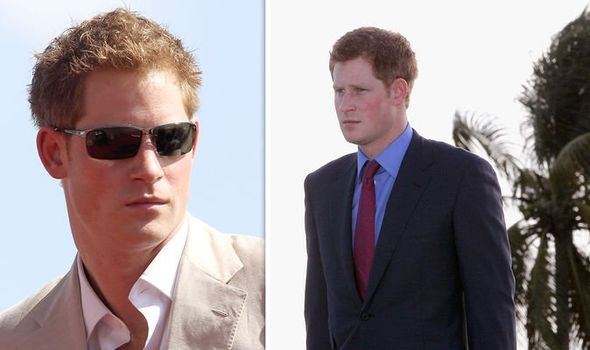 “Behind the scenes, the men in grey suits at the palace were worried about whether Harry would be able to get through his first solo tour without controversy.”

The tour was scheduled to take place after Jamaican Prime Minister Portia Simpson Miller was quoted as saying she intended to turn her country into a republic, adding to the royal visit a heavily politically-charged connotation.

This only increased the fears Harry would inadvertently “drag the country into a dispute”, as revealed by a palace source quoted by Mr Larcombe.

The senior palace source told the biographer: “The prince’s first overseas solo tour would be a watershed moment in his life as a senior member of the Royal Family. 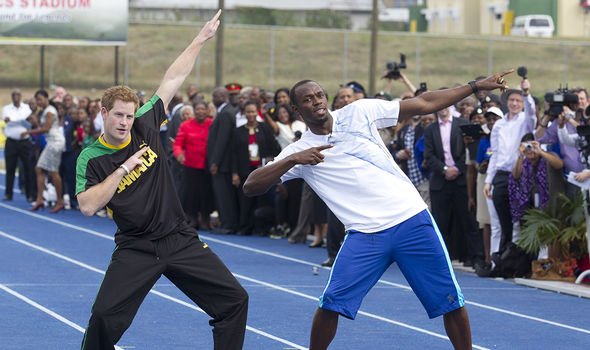 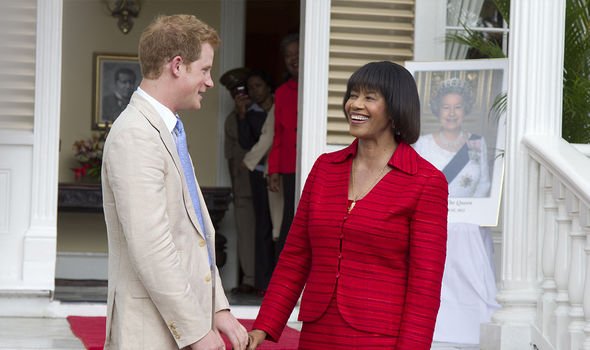 “While we were confident that Harry’s charm and natural ability in front of the camera would win over the crowds, there was a real concern about how he would cope with the more sensitive aspects of the tour.

“Playing the joker is one thing, but dragging the country into a political or diplomatic dispute because of an off-the-cuff remark or badly timed joke was a real worry.

“Before setting off, Harry was briefed at length by staff from the Foreign Office.

“He took these sessions very seriously and asked many questions about what possible pitfalls he needed to avoid. 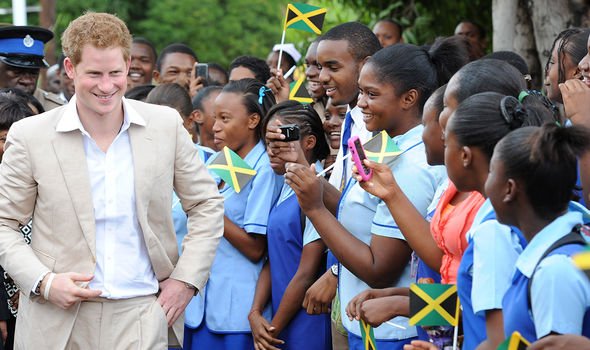 “He was clearly nervous about making any errors and wanted to know the ins and outs of every part of the visit.

“Perhaps in that way therefore he was even better prepared than other members of his family who have carried out dozens of official overseas tours over the years.

“It was admirable that Harry seemed determined to make the visit work.”

But the officials’ worries vanished as the Prince successfully carried out his role of Queen’s representative.

Harry returned to the Caribbean on behalf of the monarch in 2016.

Coronavirus: Italy to reopen some businesses as early as this week

Another 115 dead from coronavirus across the UK
Asia